In October of 2013, we heard the first word on the new expansion pack coming to the Star Wars: The Old Republic MMO game. The expansion was called Galactic Starfighter and promised space dog fighting action for all players. The expansion pack first opened to paying players leaving the free to play players out. 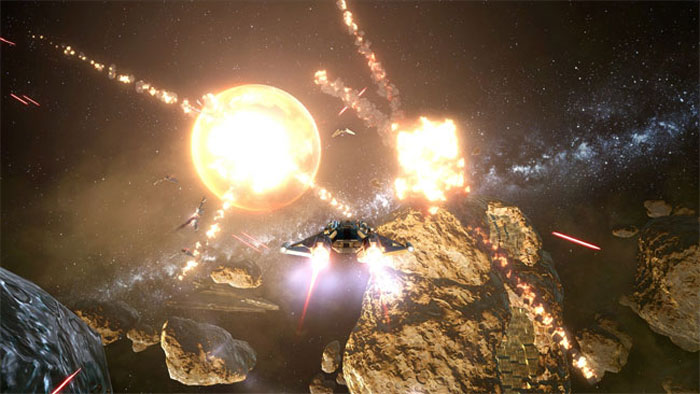 BioWare has now announced that the Galactic Starfighter expansion pack is available to all players of the MMO game. The expansion pack supports 12v12 PVP battles with no character requirements to play. That means even raw noobs can get in the dog fighting action. The expansion includes team death match play and has a new bomber that players can pilot.

The bomber has the strongest hull of any ship and can launch proximity mines and automated drones to help defend the team. The expansion also gets a new tactical flashpoint called Kuat Drive Yards. This is where starships are built and players can play in one of four classes. That map does require players to be at least level 15 to participate in battles.