If you are a true Star Wars fan you might like to get your hands on one of these limited edition Star Wars : The Blueprints books of which only 5,000 are being produced and individually numbered.

The newly released book, Star Wars: Blueprints weighs a massive 35 lbs and contains 500 blueprints of spaceships, buildings and robots from the Star Wars movies, direct from the Lucas film archives, and reproduce in a large format volume. 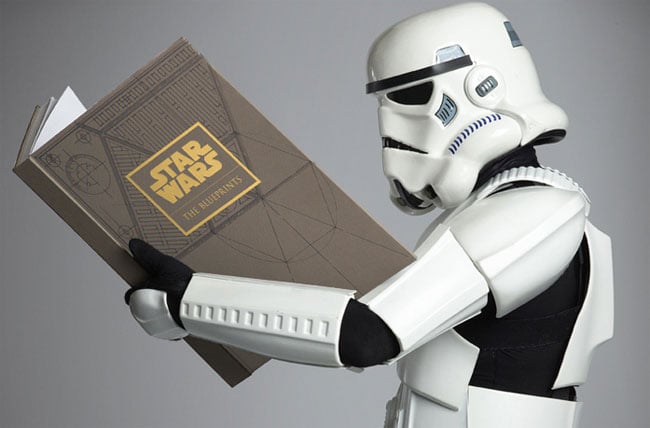 The first 125 copies will be signed by the three remaining Academy-Award winners for the original Star Wars movie, Norman Reynolds, Les Dilley and Roger Christian and will sell for $1,000 and the remaining editions will be available to purchase for $500.

You can place your order here, Star Wars: The Blueprints will ship from Epic Ink beginning September 15, 2011