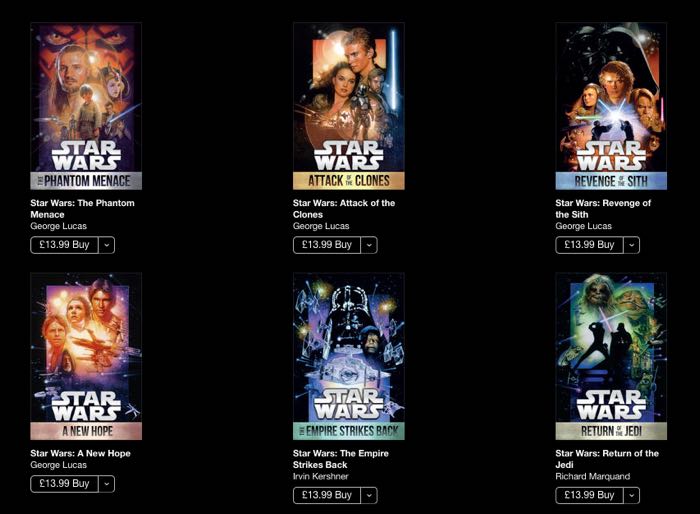 Star Wars fans will be pleased to know that all of the six movies are now available on iTunes from today, although each movie will cost you £13.99 in the UK and $19.99 in the US.

You can now bu the original three Star Wars movies, which include A New Hope, The Empire Strikes Back and Return of the Jedi.

The other three movies are also available, which include the Phantom Menace, Attack of the Clones and Revenge of the Sith.

Unfortunately there is no bundle available for the six movies, with a discounted price, so the set of six movies will cost £84 in the UK and $120 in the US.

Disney and Lucas Film are in the middle of filming the seventh movie, Star Wars Episode VII The Force Awakens which will land in movie theaters this December.