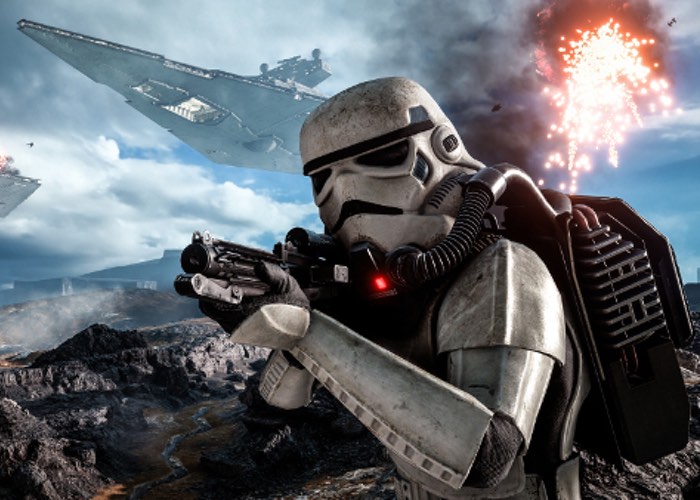 EA has today released new details about the upcoming off-line skirmish mode that will be available to play within their Star Wars Battlefront game from July 20th onwards.

The new Star Wars off-line skirmish mode offers players the option to enjoy off-line gaming in either a solo mission or with a friend using co-op split screen, complete with bots with AI.

EA explains more about its highlights and what you can expect in the coming months :

Skirmish can be played on a difficulty level of your choosing and across two modes, Walker Assault and Fighter Squadron. With multiple locations that span the galaxy, from the frozen planet of Hoth to the lava encrusted planet of Sullust, we hope Skirmish brings players a new way to enjoy Star Wars Battlefront. If an offline mode isn’t for you, we have more free* in-game events planned for the summer. Look forward to more Hutt Contracts for new weapons, log-in reward opportunities, and open trials to experience Bespin.

Then in September, Season Pass holders will receive our third digital expansion pack, Star Wars™ Battlefront™ Death Star. More new maps – on ground and in space – new weapons and Star Cards and two new heroes including one larger-than-life character we know you’ve been patiently waiting for. Not a Season Pass holder? Don’t worry, the expansion pack is available for separate purchase.

We know you want to hear more. To get a sneak peak of the Death Star expansion pack, be sure to check out the EA Star Wars Panel livestream on Saturday, July 16 at 11 a.m. PDT during Star Wars Celebration Europe.

For more details jump over to the official EA Star Wars website via the link below.