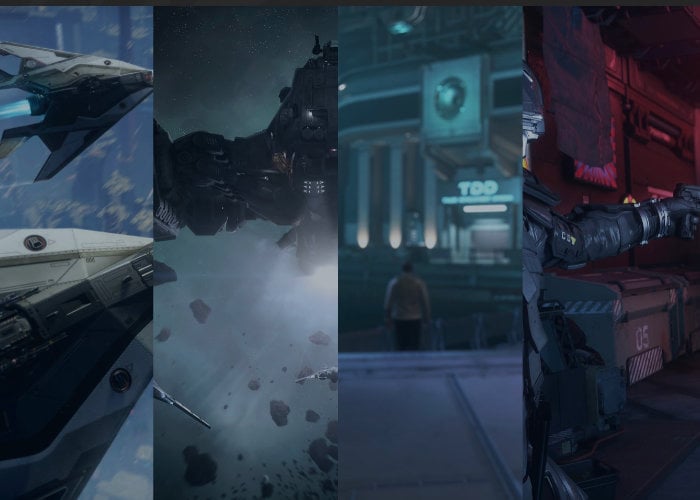 A new update has been rolled out by the development team at Star Citizen in the form of the Star Citizen Alpha 3.6 update which brings with it a wealth of new enhancements, tweaks, bug fixes and a complete overhaul to the Law and Crime system check out the announcement trailer below to learn more about what you can expect in the latest update. Star Citizen Alpha 3.6 is now available to all backers.

Just a few features listed in the Star Citizen Alpha 3.6 update include :

– Added a hold to activate option for head tracking (available at the comms menu).
– Added option to select head tracking source and camera selection.
– Universe – Added additional crimestat hacking locations, terminals, and updated the hacking system
– Hacking now requires a stowable, single-use device which can be found at various locations and shops and is stored as a gadget, retrievable using the “4” key. The devices vary in style and quality, with some more “legal” devices able to do the job with minimal required upkeep from the player but over an extended period of time. Other devices, of a more illicit nature, hack very quickly but require constant interaction upkeep from the player to keep in operation. Additionally, longer periods put the hacking player at risk as counter-missions can be generated to stop them. The updated behavior applies to removal of crimestat as well as shutting off comm arrays. The slow, reliable device can be found at some shops in the verse including Cubby Blast but the more illicit device may require seeking out less reputable vendors. Additionally, there are now expanded locations where a player can attempt to hack away their crime stat.
– Added automated turrets to GrimHex.
– Complete overhaul of the law and criminality system

“Crimestat now directly impacts the level of opposition and how active their pursuit style. The higher the crimestat, the more active and difficult the pursuers. Crimes are split into less severe misdemeanors, which are enforced via fines, and more punishing federal offenses which will result in the player being engaged by hostile AI and bounty hunters. Law is enforced in a jurisdiction system with the main jurisdiction for the Stanton system being UEE, which tracks and enforces federal offenses. Regional jurisdiction is specific to a given area (ie. Crusader, Hurston) which police their own misdemeanors and have their own rules for control substances and unique security forces.“

“The rules and crimes for each region will be listed in the mobiGlas “Journal” for that jurisdiction and are updated as you move through the regions. GrimHex is a unique case of a jurisdiction that does not respect the authority of UEE and does not report crimes to them. GrimHex also field dampens the area around it to protect its visitors. Misdemeanor fines are deducted from your account directly, provided you have the funds as a temporary measure until fine payoff kiosks are implemented.”

For a comprehensive full list of everything that has been applied in the latest Star Citizen Alpha 3.6 jump over to the Roberts Space Industries website by following the link below.