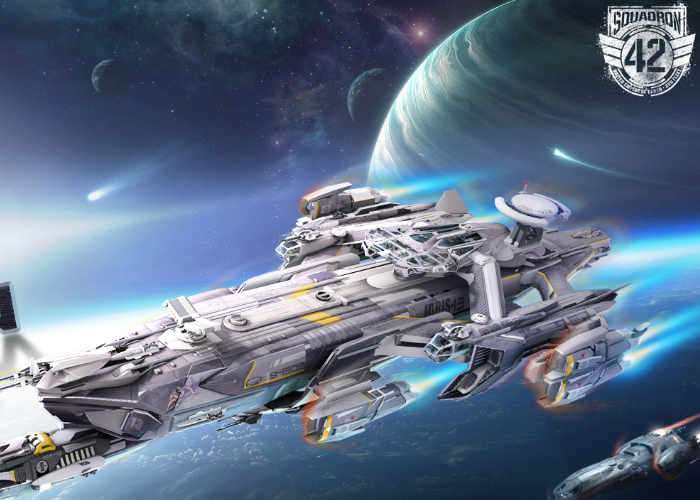 The creators of the massive crowdfunded Star Citizen game, Cloud Imperium Games have this week published a clarification statement, to quell any fears about financial issues the company may be experiencing.

Account statements posted to the United Kingdom Companies House website initiated rumours and fears that the company had sold the game’s rights to UK banking institution Coutts. The below statement was posted on the official game forum by CIG co-founder Ortwin Freyermuth:

We have noticed the speculations created by a posting on the website of UK’s Company House with respect to Coutt’s security for our UK Tax Rebate advance, and we would like to provide you with the following insight to help prevent some of the misinformation we have seen.

Our UK companies are entitled to a Government Game tax credit rebate which we earn every month on the Squadron 42 development. These rebates are payable by the UK Government in the fall of the next following year when we file our tax returns. Foundry 42 and its parent company Cloud Imperium Games UK Ltd. have elected to partner with Coutts, a highly regarded, very selective, and specialised UK banking institution, to obtain a regular advance against this rebate, which will allow us to avoid converting unnecessarily other currencies into GBP. We obviously incur a significant part of our expenditures in GBP while our collections are mostly in USD and EUR. Given today’s low interest rates versus the ongoing and uncertain currency fluctuations, this is simply a smart money management move, which we implemented upon recommendation of our financial advisors.

The collateral granted in connection with this discounting loan is absolutely standard and pertains to our UK operation only, which develops Squadron 42. As a careful review of the security will show and contrary to some irresponsible and misleading reports, the collateral specifically excludes ‘Star Citizen.’ The UK Government rebate entitlement, which is audited and certified by our outside auditors on a quarterly basis, is the prime collateral. Per standard procedure in banking, our UK companies of course stand behind the loan and guarantee repayment which, however, given the reliability of the discounted asset (a UK Government payment) is a formality and nothing else. This security does not affect our UK companies’ ownership and control of their assets. Obviously, the UK Government will not default on its rebate obligations which will be used for repayment, and even then the UK companies have ample assets to repay the loan, even in such an eventuality which is of course unthinkable.

This should clarify the matter. Thank you.