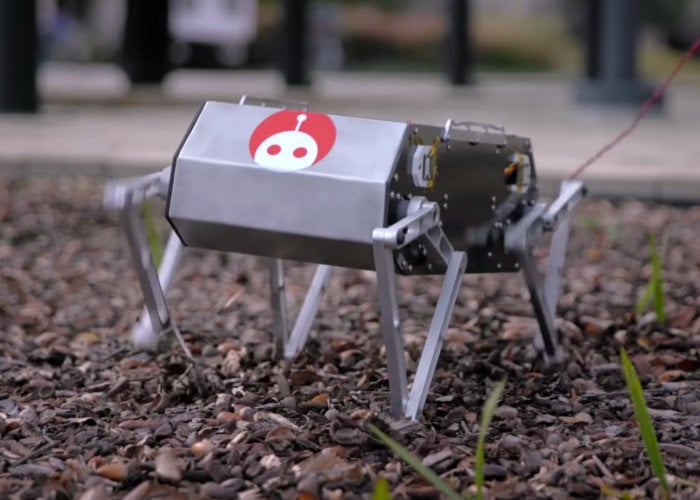 A new quadruped robot has been created by the Stanford Student Robotics club’s Extreme Mobility team which has been aptly named Doggo. The four-legged robot is not only capable of performing acrobatic tricks and traversing challenging terrain but is also designed with reproducibility in mind. Comprehensive plans, codes and component lists have been made available for free by the students to help anyone interested build their very own.

Stanford Doggo can walk, trot, dance, hop, jump and perform the occasional backflip. In comparison to robots with similar capabilities that cost tens or hundreds of thousands of dollars, the students estimate the cost of Stanford Doggo at less than $3,000 including manufacturing and shipping costs. Watch the demonstration video below to learn more about the quadruped robot and its design.

“It’s been about two years since we first had the idea to make a quadruped. We’ve definitely made several prototypes before we actually started working on this iteration of the dog,” said Natalie Ferrante, ’19, a mechanical engineering coterminal student and Extreme Mobility Team member. “It was very exciting the first time we got him to walk.”

For more information, instructions, plans, component lists and more details about the Stanford Doggo jump over to the official Stanford website by following the link below.