Here on Geeky Gadgets we have features a number are videos showing the capabilities that squadrons of quadcopter drones are capable of performing. Now adding to the list are a squadron of drones which are capable of playing orchestral music including the theme from Space Odyssey.

In the video after the jump KMel Robotics presents a team of flying robots that have taken up new instruments, with help from Lockheed Martin and Intel Corporation. 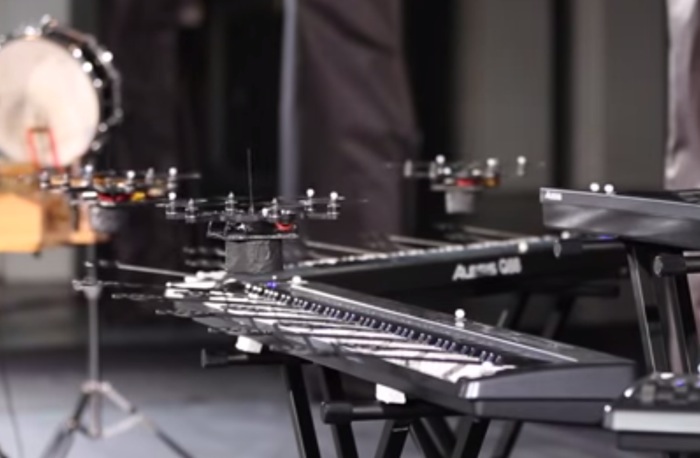 The drone orchestra was on show at the weekend for the USA Science & Engineering Festival on April 26 & 27 in Washington, D.C. Its creators explain a little more about what you can see the video below.

“The hexrotors create music in ways never seen before, like playing a custom single string guitar hooked up to an electric guitar amp. Drums are hit using a deconstructed piano action. And there are bells. Lots of bells.”