Earlier today Google officially announced the new Nexus S 4G for Sprint in the US, when it was announced Sprint hadn’t released any information on pricing and they details are now available, the Nexus S 4G will retail for $199.99 with a new two year contract.

The Google Nexus S 4G features a 4 inch Super AMOLED display, processing is provided by a 1GHz Samsung Hummingbird processor, and it comes with 16GB of storage built in. 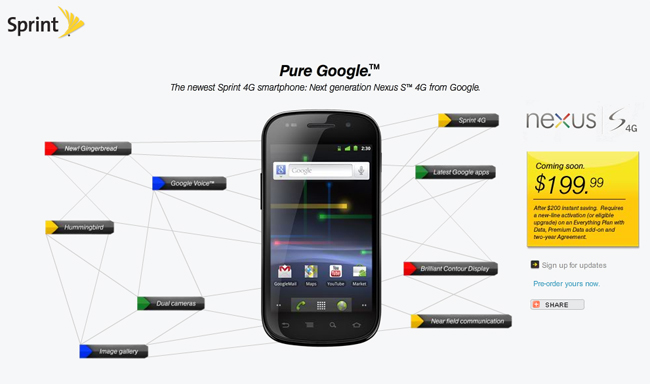 Other specifications on the Google Nexus S 4G include a five megapixel camera on the back with built in autofocus and a flash, plus a front facing VGA camera.

You can find out full details about the Google Nexus S 4G over at the Sprint website.