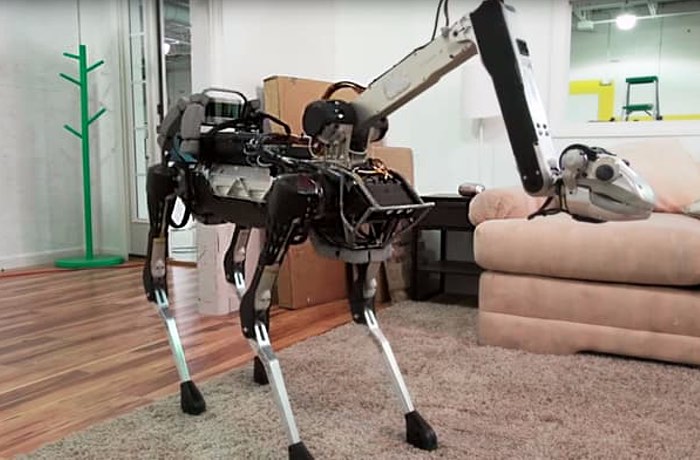 Boston Dynamics the robotic company that was recently purchased by Google or rather Alphabet back in 2013 has this week unveiled its latest creation in the form of the SpotMini.

SpotMini takes the form of a new and smaller version of the Spot robot that weighs 55lbs or 65lbs including the arm that can be attached. Check out the video below to see SpotMini in action.

The range of robots that have been created by Boston Dynamics is increasing and now includes the BigDog, Cheetah, LittleDog, RiSE, SandFlea and more.

SpotMini is all-electric (no hydraulics) and runs for about 90 minutes on a charge, depending on what it is doing. SpotMini is one of the quietest robots we have ever built. It has a variety of sensors, including depth cameras, a solid state gyro (IMU) and proprioception sensors in the limbs. These sensors help with navigation and mobile manipulation. SpotMini performs some tasks autonomously, but often uses a human for high-level guidance.

For more information on the new SpotMini and other robots created by the company jump over to the official website for details by following the link below.