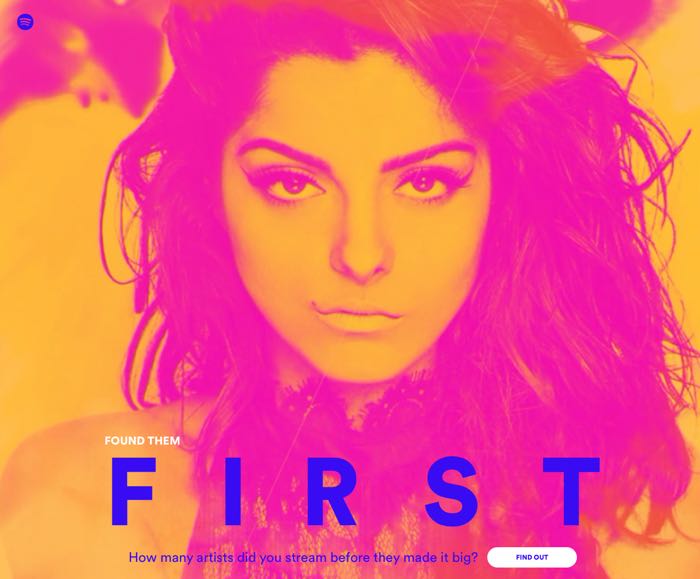 Spotify has announced its latest feature, Found Them First, a new micro site which will show Spotify users which artists they were listening to before they became popular.

The Found Them First website also lists when you listened to the artists and it also creates similar playlists from new breakout artists that you may have not discovered yet.

“We love creating fresh ways for people to interact with music. This experience is an ode to the fans who truly love discovering new artists,” said Jackie Jantos, VP of Creative and Brand Strategy, Spotify. “Users are rewarded for listening early on, and earn some bragging rights. Of course, if you haven’t discovered any new artists early on, and want to, Spotify can help you with that!”

To personally reward their dedicated fans, artists including James Bay, Rixton, Years & Years, Vance Joy, and Misterwives created appreciation videos to thank their early listeners. The vignettes will appear in users’ Found Them First experience for the musicians they discovered.

You can find out more details about this new Spotify feature over at the Found Them First website.