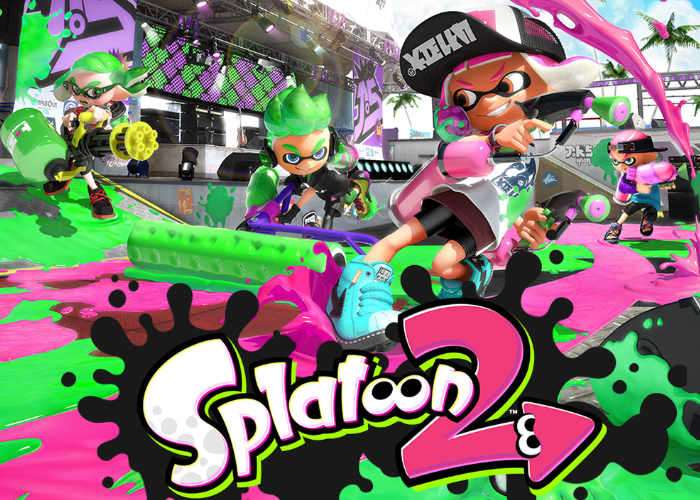 Nintendo has announced that the new and highly anticipated Splatoon 2 game will be launching on their new Switch console in a few months time on July 21st, 2017.

The news was revealed last night via a Nintendo Direct stream, which also revealed that Splatoon 2 will have a new mode called Salmon Run which can be seen in action in the teaser trailer below.

Nintendo also revealed new amiibo for Splatoon 2 in the form of the Inkling Girl, Inkling Boy and Inkling Squid. simply tapping these to your Switch will make them appear in-game. After which you will then be able to customise them and take selfies with your amiibo pals.

Salmon Run, a new four-player co-op mode, is coming to Splatoon 2! By teaming up with friends, players can take on a part-time job battling the new Salmonid species, which the Squid Research Lab reports might even be more lethal than the Octarians! When players fall in co-op mode, teammates can revive them by inking them on the battlefield. Splatoon 2 launches exclusively for Nintendo Switch on July 21st 2016.