If you enjoy taking photos with your smartphone you might be interested in a new device which has launched on Kickstarter called the SpinPod.

The SpinPod has been created to provide a portable motion control unit for iOS and Android smartphones and is small enough to fit in your pocket. 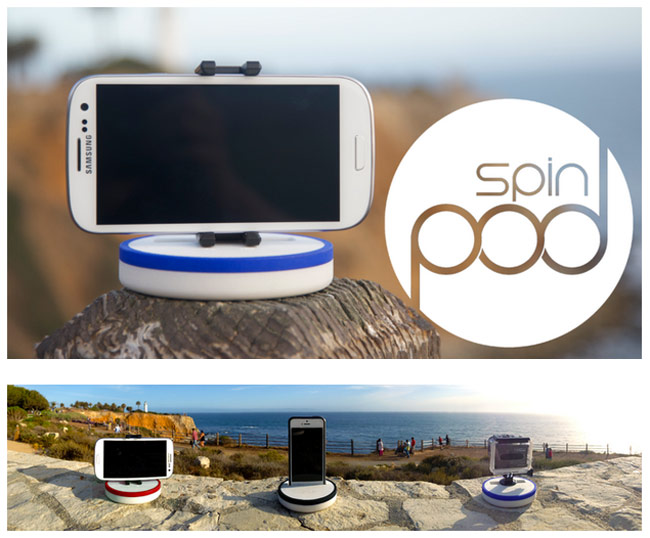 The Spinpod is fitted with a patent pending slim motion control unit, allowing users to take seamless panoramic pictures and dynamic motion time-lapse videos with ease. Check out the video below to see it in action and learn a little more about the SpinPod.

The Spinpod has a built in rechargeable battery providing around 10 hours of use on a single charge and can use unto 6700 steps on each revolution.