A new innovative device has this week launched on the Kickstarter crowd funding website called Spike , which has been designed to provide users with a simple laser accurate Augmented Reality measuring and modelling device.

The Kickstarter Spike can be used to model the outside world, quickly and easily and its data can then be used to create immersive laser based smartphone apps. Watch the video after the jump to learn more about the Spike Kickstarter project and see it in action. 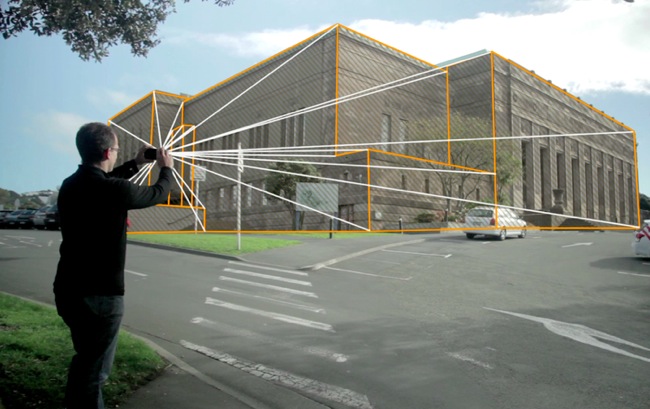 “Spike (Smart Phone ike!) is a laser based device that attaches to your phone to ensure that you can rapidly & accurately measure & model an object up to 200 yards (600 feet) away just by taking a snapshot of it.

Spike integrates your smartphone’s current technology with some specialized features of its own. It amalgamates a digital camera, a 3d compass, a laser range finder and GPS. It fits neatly into your pocket yet is robust enough to use every day.

Spike’s laser accurate measurement capability will revolutionize remote measurement and make your Augmented Reality experiences real. Not just by making them more accurate, but by empowering you to develop and experience them right there on your smartphone”