SpiderFab is the name of a new project NASA is supporting that will take 3D printing to space. The project is being worked on by an aerospace start-up company called Tethers Unlimited, who was given $500,000 by NASA to work on created a robotic machine that will create spaceships in space using 3D printing technology.

The company was originally awarded $100,000 back in August 2012 by NASA and has apparently shown enough promise to secure a more sizable investment. Their primary goal is to have a working model in space by 2020. 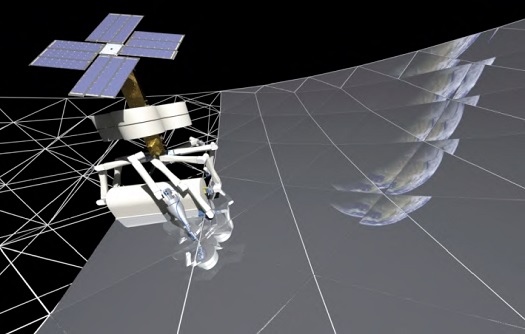 3D printers make things out of plastic. How are they already working on a robotic 3D printing device that’s going to make spaceships when spaceships aren’t even made out of plastic?! A plastic spaceship would melt upon re-entry!

I’m sure there’s more to this story than we’re being told, but it seems rather incredulous to believe that in 7 years we could have an automated spaceship building robot in space.

I have a better question though: why isn’t NASA handling the project themselves? And how can they afford to fund other companies when they keep losing funding?