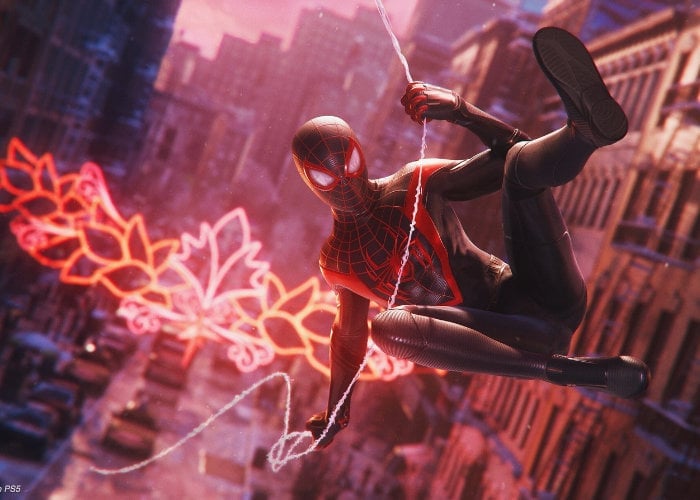 During last night’s PlayStation 5 presentation Sony and their recently purchase theme studio Insomniac Games, revealed the Marvel Spider-Man Miles Morales game that will be exclusively available on the PlayStation 5 when it launches later this year.

Marvel’s Spider-Man: Miles Morales offers players a new adventure in the alternate reality of Earth-1610, a young New York City teen was bitten by a genetically enhanced spider. When the Peter Parker of that dimension was killed, the teen—named Miles Morales—was inspired to take up the fallen mantle.

“The latest adventure in the Spider-Man universe will build on and expand Marvel’s Spider-Man through an all-new story. Players will experience the rise of Miles Morales as he masters new powers to become his own Spider-Man. With PS5’s ultra-fast SSD, players can near-instantaneously fast-travel across Marvel’s New York City, or feel the tension of each one of Miles’s web-swings, punches, web shots, and venom blasts with the DualSense wireless controller’s haptic feedback. Highly-detailed character models and enhanced visuals across the game intensify the story of Miles Morales as he faces great, new challenges while learning to be his own Spider-Man.”

For more information about the new PlayStation 5 console launching later this year watch the full Sony PlayStation 5 the future of gaming presentation.