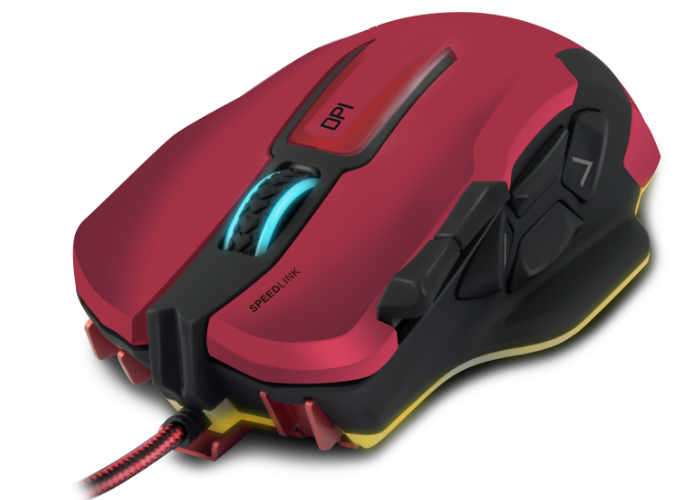 Speedlink has announced the imminent launch of a new flagship gaming mouse in the form of the 10-Button Speedlink Omnivi which is expected to be made available in the next couple of days at a recommended retail price of $70.

Other features include non-RGB LED lighting, which features 7 colours the form of red, yellow, green, cyan, blue, violet and white. As well as 4 lighting zones the take the form of a ring around the bottom edge, the scroll wheel, logo, and DPI button that can be configured independently. 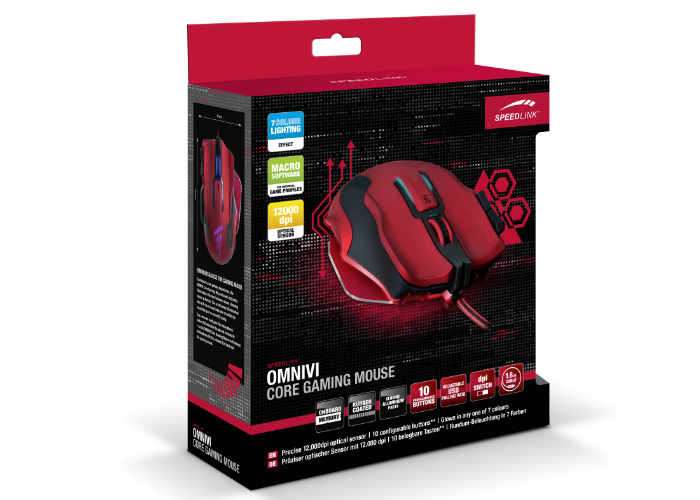 When it comes to buttons, the Omnivi breaks the mold from the mice of old with its 10 buttons: there are the usual left/right click, scroll wheel, and top-mounted DPI buttons, as well as two forward/back navigation buttons, but there’s also a cluster of four buttons seated deeper on the thumb rest area towards the palm rest.

The Omnivi’s software suite allows the user configure any of the buttons for alternate functions, as well as supporting macro creation. It’s unclear if the adjustable lighting is done on the mouse via a series of clicks or if you can play with those settings within the software. The software allows for multiple profiles, which are saved to your PC alongside the macros. However, the Omnivi does have internal memory, which is where it stashes DPI settings and lighting settings. Therefore, if you plug the mouse into a different PC, your lights and DPI will carry over, but your button configurations or macros will not.