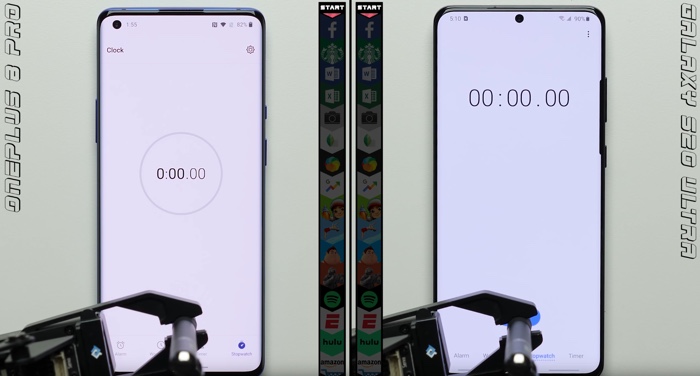 The new OnePlus 8 Pro is the latest flagship from OnePlus and now we get to see how it compares to Samsung’s flagship in a OnePlus 8 Pro vs Galaxy S20 Ultra speed test.

In the video below the OnePlus 8 Pro and Galaxy S20 Ultra are tested side by side, lets see which of the two handsets ends up being the quickest.

As we can see from the video the two device have similar specifications, both use the Snapdragon 865 and the OnePlus 8 has 12GB of RAM, the Galaxy S20 Ultra has 16GB of RAM.

As we can see from the video the Samsung Galaxy S20 Ultra was the faster of the two handsets in the first lap. It was lso faster in the second lap and faster overall by about 8 seconds.