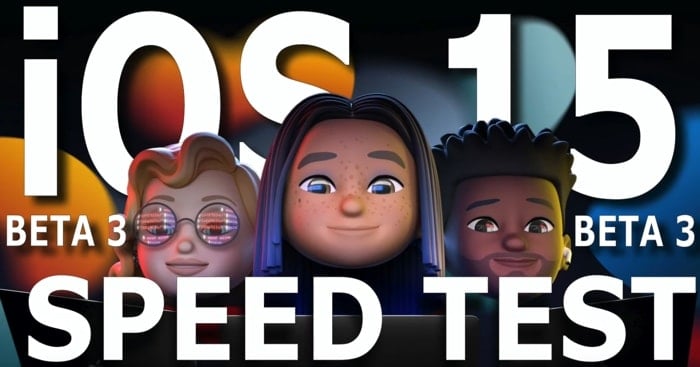 Apple recently released their iOS 15 beta 3 software to developers for the iPhone, they also released iPadOS 15 beta 3 for the iPad at the same time.

We have already seen a hands on video of the software and now we get to have a look at a speed test of iOS 15 beta 3 vs iOS 14.6 which is the current release.

As we can see from the video the iPhone SE running the current iOS 14.6 release booted up first, there were no speed improvements in the various apps.

On the test with the iPhone 6S, the device running is 14.6 booted up first, there do not appear to be an improvements in the various apps.

With the iPhone 7, the device to boot to the home screen first was the handset running iOS 1.6, there were no changes in the app speeds.

The iPhone 8 appears to have booted up at the same time for both versions of the software. No speed improvements in the range of apps tested.

In the test with the iPhone XR, the device running iOS 14.6 booted up slightly quicker, the app speeds were the same on both devices.

The iPhone 11 running the new beta booted up slightly quicker than the device with iOS 14.6, no change in app speeds.

So it looks like there are no major speed improvements in iOS 15 over iOS 14.6 this could change before the final version of iOS 15 is released. We are expecting this to be released some time in September.