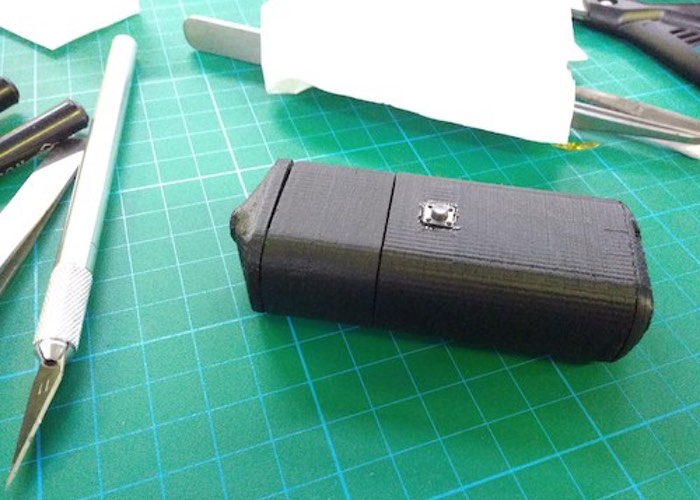 Electronics enthusiasts that would like to create their very own portable spectrometer may be interested to know that instructions have been published online to create the Spectroscopy just under $250.

The Spectroscopy provides a portable tool that is capable of chemical analysis and is also Bluetooth enabled thanks to the inclusion of an Arduino Pro Mini.

Watch the video below to learn more about the functions and design of this portable spectrometer which is now available via the Hack a Day website.

The aim of this project is to make spectroscopy a tool accessible to everyone, and not be limited to research and industrial applications. Spectroscopy is a powerful tool extensively used for diagnosing physical properties, assessing food quality, environmental sensing and various other applications.

We have built a portable, wireless spectrometer that talks to its companion Android application via Bluetooth to store and visualise the spectrum. We have used it for non-destructive testing of fruit ripeness (more on this below). Now we want everyone to build this device and start exploring the world around them. We are open sourcing all the build instructions, codes and design files required to build the device so that anyone and everyone can build one!

A spectrometer is an instrument used for studying the interaction between matter and electromagnetic radiation. Spectrometers operate over both optical and non-optical wavelengths like gamma rays and X-rays. In general, any particular spectrometer will operate over a small portion of electromagnetic spectrum because of the different techniques used to measure different portions of the spectrum. Mostly these instruments measure wavelengths and their respective intensities, which upon detailed study reveal various information of the material under study. The intensity measured from these instruments can either be in absolute units or in relative units. Instruments measuring intensities in absolute units are usually called Spectrophotometers.

A spectrometer is a very powerful tool. By analysing intensity/wavelength pairs of the interacted EM radiation with the material under study, detailed information like its chemical composition, crystal structure and other elemental information can be extracted. It can also be used for food analysis. For example, it can reveal adulteration in milk or oil and analyse toxins to understand causes of food poisoning to name a few uses. We have used it to non-destructively measure fruit ripeness. Also, did we mention, the Curiosity Mars Rover also houses a suite of Spectrometers for analysing various rock and soil samples(more information can be found here). Spectrometers are awesome!!