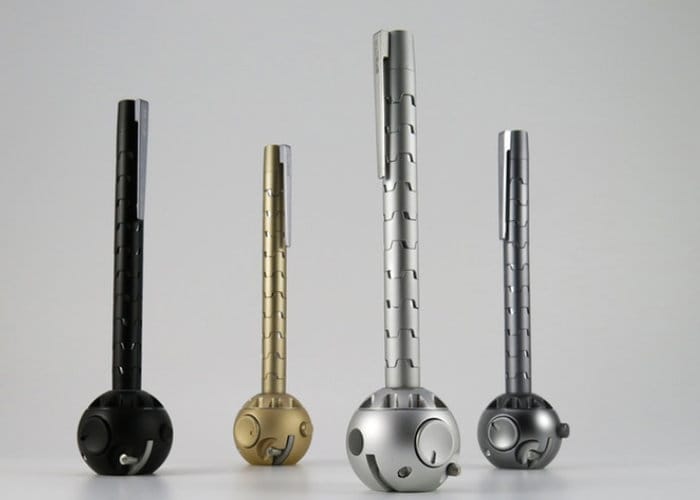 FunModity located in Los Angeles, California has launched a new Kickstarter campaign this week for their Specta machined pen and fidget ball which has been designed to provide both tools for productivity and controlling stress and helping with focus. Watch the video below for an overview of the design and construction of the Specta which offers 12 functions including any bottle opener, pen stand, interactive scales concealed stylus, dual spinners silent button and fidget soft knob.

The SPECTA Pen is a premium EDC pen, sleekly machined of aluminum alloy that reimagines fidgeting with a pen altogether. Its nearly silent operation is discreet, letting you fidget without distracting those around you, and the hefty aluminum build feels rewarding and reassuring in your hand.

The design has been patented and is available to back via Kickstarter with early bird pledges available from $50 or £35 offering a 50 percent saving off the recommended retail price of $99 which will take effect once the Kickstarter campaign comes to an end in just under 48 days time. “It’s no joke. When we get frustrated, stuck on problems, or pondering on ideas, we mindlessly fidget. Why? Because fidgeting relieves stress from work, school and everyday life, and it’s fun! But while many fidget devices offer great features for releasing energy, most of them are made of plastic, which is flimsy and relegates them to being perceived as a toy.”

For more details and a full list of all available pledges jump over to the campaign by following the link below.