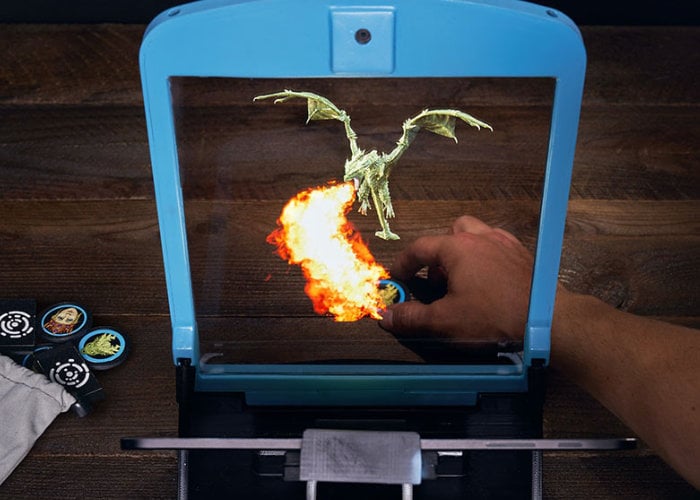 If you would like to take your tabletop gaming to the next level, the new Spatial Multiplayer Holographic augmented reality tabletop gaming system created by Spatial Gaming based in Los Angeles California may be worth more investigation. The system requires no AR or VR headsets to be worn and “transforms your tabletop into an AR gaming experience with projected characters you control with play pieces”. Check out the demonstration video below to learn more about the multiplayer holographic gaming system which is taken to Kickstarter this week to raise the required $25,000 needed to make the jump into production. 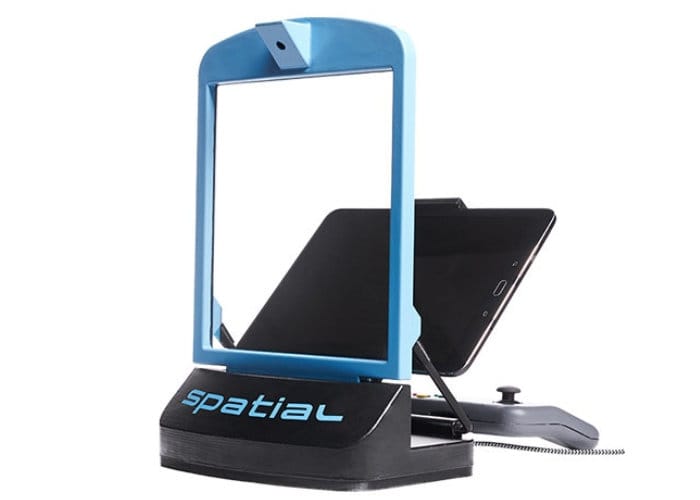 The Spatial MRX is a mobile accessory Pictured above that converts your smartphone or tablet into a holographic, augmented gaming system, and is equipped with a built-in camera that integrates physical piece play. “The MRX comes with an exclusive suite of AR (Augmented Reality) games made by 10 different studios. Multiplayer games use physical pieces to project interactive holograms without using AR/VR headsets. Traditional tabletop gaming meets digital, holographic action with a joypad in one hand and play pieces in the other.”

The gaming system is now available to back via Kickstarter with early bird pledges available from $60 or roughly £47. If all goes well worldwide shipping is expected to take place during March 2019.