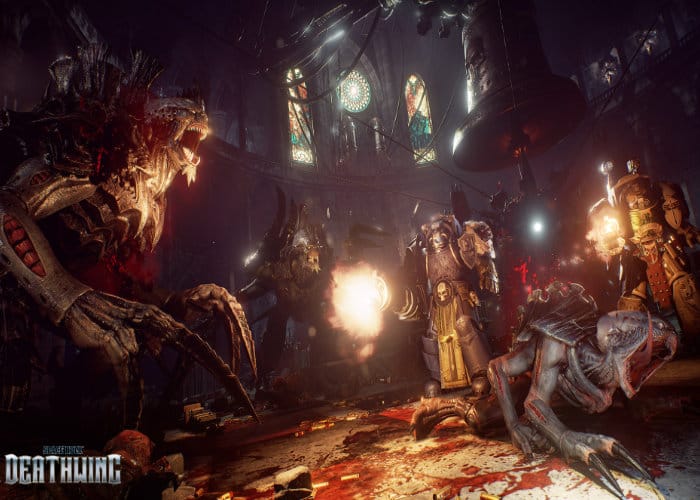 Today the highly anticipated Space Hulk Deathwing Enhanced Edition game has launched by developers Streum On Studio bringing the Games Workshop based game to PC, PlayStation 4 and Xbox One. Check out the launch trailer below to learn more about the Space Hulk Deathwing Enhanced Edition which brings with it all-new features and upgrades. Including deep class customisation and the Chaplain class, as well as new weapons, enemy types and the highly-replayable Special Missions mode.

“Play as a Terminator of the Deathwing – the feared 1st Company comprised of the elite of the secretive Space Marine Chapter, the Dark Angels – and engage in a desperate battle against Genestealers, within the claustrophobic confines of a Space Hulk. Grow stronger, gaining skills, new abilities, and powerful equipment as you earn experience across perilous missions. The Enhanced Edition brings a host of fresh features to enjoy in both solo and multiplayer: a new class, an expanded arsenal, deadly new enemies, a deep online customisation system, and a new Special Missions mode bringing infinite replayability with randomly-generated missions for every game chapter.

The all-new Class Customization allows players to personalize both appearance and gameplay for online and offline play, from striking armour sets to powerful weapon attachments. Everything is earned entirely in-game, with no microtransactions now or planned for the future.”