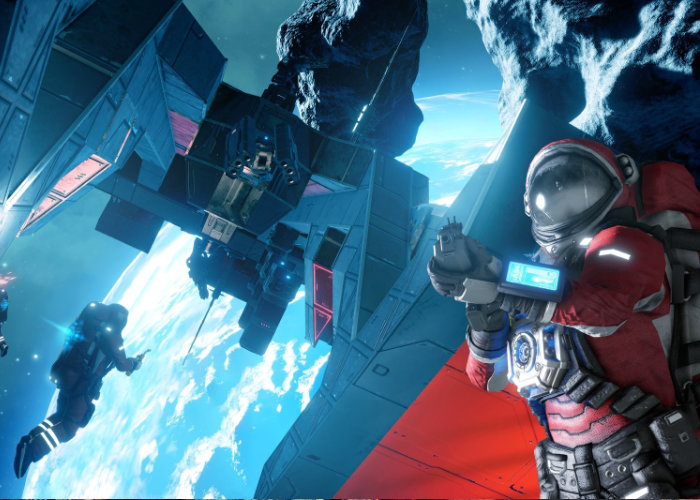 After previously being available to pre-order Space Engineers has now arrived on the Xbox platform allowing you to engage in space exploration from the comfort of your home. Space Engineers was previously being made available approximate 12 months ago on the PC via Steam and includes both single player and multiplayer gameplay, built using the VRAGE 2.0 games engine.

“Gameplay of Space Engineers begins with the player selecting or joining a world with specific settings, such as the number of asteroids and the available starting equipment. When creating or editing a world, several advanced options are available to change how the player will interact with the world, and how the worlds will appear. This includes changing the speed with which several tools and machines will work, the size of the player’s inventory, and whether procedural generation will be used (effectively making the world infinite). Upon confirming the world settings, a loading screen appears while the world is generated.

This screen consists of a random in-game screenshot as a backdrop, the game’s logo, an animated loading icon, and a randomly selected message at the center. The message may be either a helpful gameplay hint, or one of many quotations concerning space, science, and/or engineering. Many of these quotes are from notable scientists such as Isaac Newton, Galileo Galilei, Albert Einstein, as well as authors such as Arthur C. Clarke.”