Unfortunately the video is very short, but it does give us a quick look at this dual screen honeycomb tablet, even though the video is just 18 seconds long. 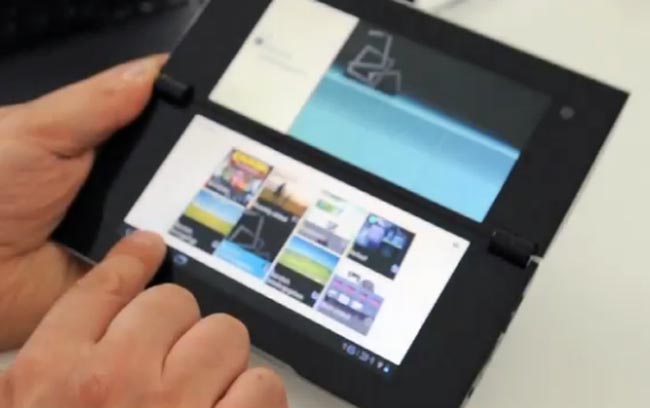 Both the Sony S2 and the Sony S1 are expected to be released in September, we still don’t as yet have any specifications on either device, as soon as we get some more information we will let you guys know.