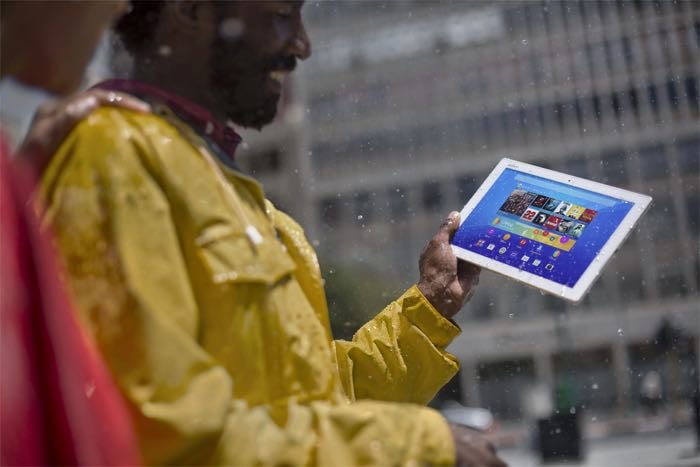 Sony has released a new promo video of their Sony Xperia Z4 tablet and we get to have a look at the device and some of its features.

The new Sony Xperia Z4 Tablet is designed to be waterproof and the device comes with an IP65 and IP 68 rating for dust and water proofing.

The Xperia Z4 Tablet features Qualcomm’s new Snapdragon 810 processor which is an eight core 64-bit mobile processor with a clock speed of 2GHz, the device also comes with 3GB of RAM and an Adreno 430 GPU.

Other specifications on the Z4 tablet include 32gB of built in storage and a microSD card slot which can take up to 128GB cards and the device features front and rear facing cameras.