Sony are expected to officially announce two new handsets at CES this week, the Sony Xperia Z and Xperia ZL, we have already seen some leaked press shots of both devices, and now the Sony Xperia Z has turned up at CES.

The guys over at Engadget spotted the Sony Xperia Z which you can see in the photo below, we should have more details on the device today after Sony’s press conference. 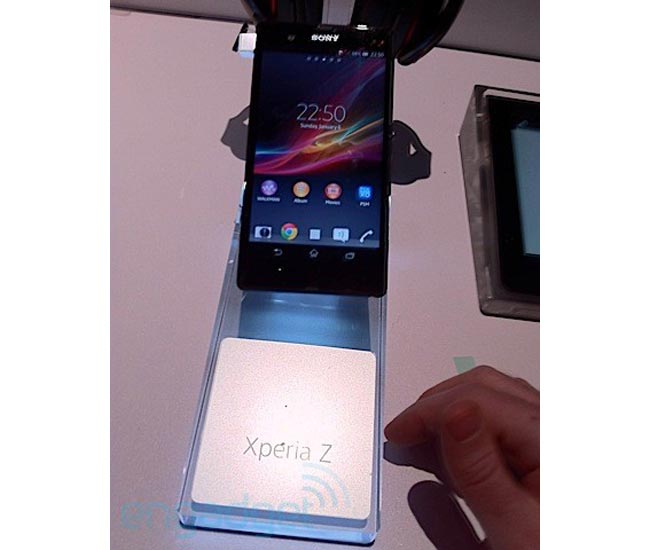 The Sony Xperia Z and ZL are expected to feature a 5 inch full HD display with a resolution of 1920 x 1080 pixels, plus a quad core Qualcomm Snapdragon S4 Pro processor and 2GB of RAM.

Other specifications on the Z and ZL include Adreno 320 graphics, plus dual cameras, with a 13 megapixel camera on the back for photos and video and a front facing camera for video chat.