Sony Ericsson’s crusade against the ubiquitous screen bezel seems to be going swimmingly, if that really is its new and supposedly first of its dual-core kind for the company, the Sony Xperia Duo. We can’t really tell from the picture, although the UI design certainly seems familiar. Although, the whole thing looks roughly familiar, that could easily be a slightly tweaked Arc. 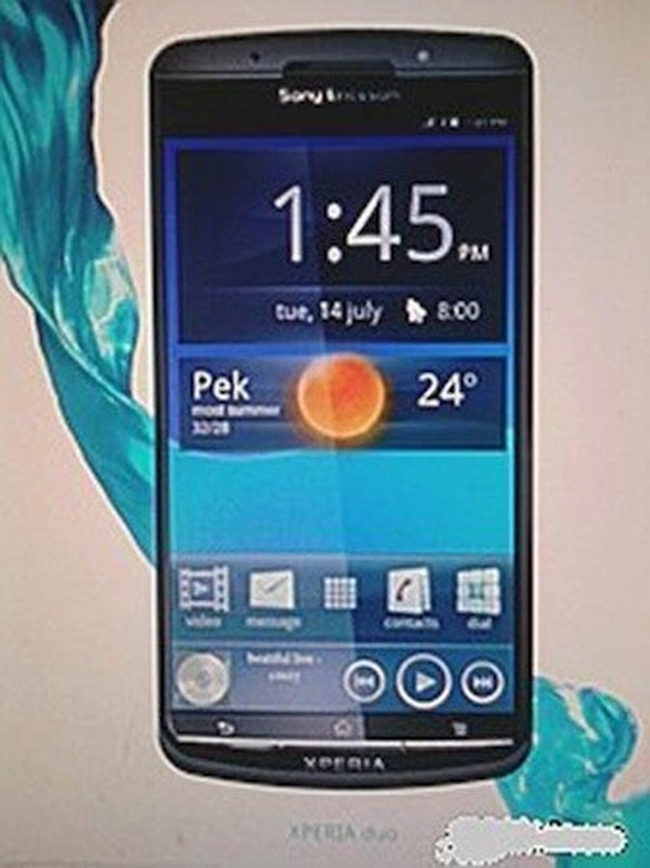 If any of you eagle-eyed Sony connoisseurs andor Photoshop experts wold care to join in with an opinion, feel free to do so. We won’t be getting much sleep for a while either way, whether due to the cruel deception or the giddy anticipation of a Sony Ericsson dual core smartphone making its way to retail  during our lifetime.  Hopefully some official details will follow, though if the Xperia Play was any indication, this thing will make it on Will It Blend before its first press release.