Sony’s plan to make absolutely sure video gaming involves some sort of headgear for the conceivable future is proceeding apace, with further details of its head mounted display popping up to entertain/horrify us. “So we have our new HMD – or head-mounted display – which was announced at CES earlier this year, and you can see that we can now get back to where we really wanted to get with virtual reality in the ’80s,” according to SCE Studios exec Mike Hocking. 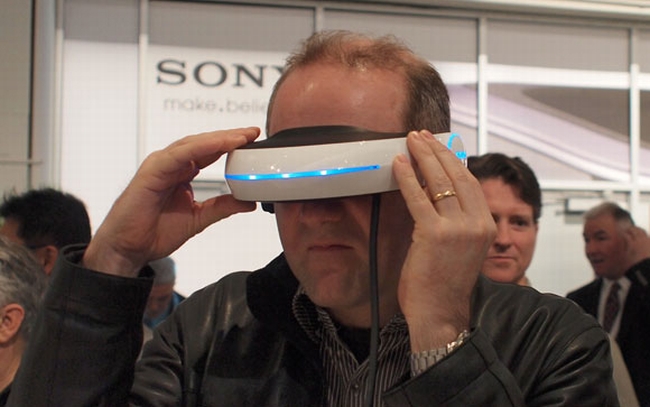 We don’t know about Mike Hocking, but where we really wanted to go with virtual reality in the 80’s is far far away from it. Which is sort of what happened. “Being in a virtual world where I can see my virtual hands or a virtual gun with all the things we can do in the gaming world is going to be absolutely amazing,” he explained. But don’t fret, if the HMD doesn’t make it to market, there’s always stuff you can stick in your eyes.

“Most of the really exciting stuff is out there in the R&D area at the moment – like having contact lenses with cameras and sensors built-in so that everything you see can be augmented with useful data,” he went on. Wait, those actually sound kind of awesome.