Last week we showed you some photos of Sony’s latest ultra thin notebook, the Sony Vaio X-Series, we have had a good chance to try the Vaio X-Series out over the last week, so I thought it was about time to do a review of it. 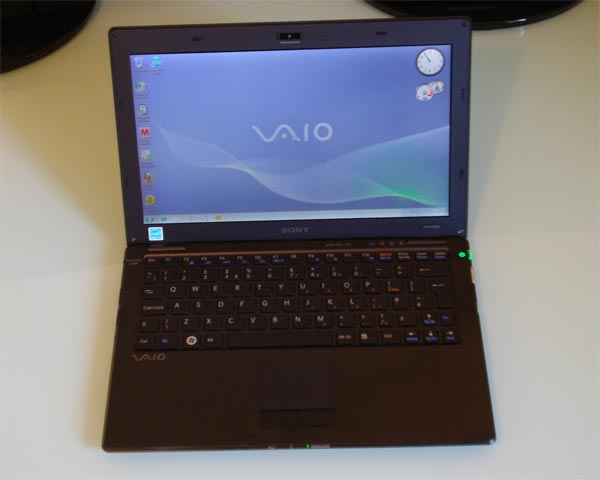 My first impression of the Sony Vaio X-series, when I opened the box, was how small and light it was, the design is absolutely stunning, and it is probably the best designed ultra compact notebook I have ever seen, it is so easy to carry around, you can see from the photo above, compared to a ten pence piece just how thin the X Series is. 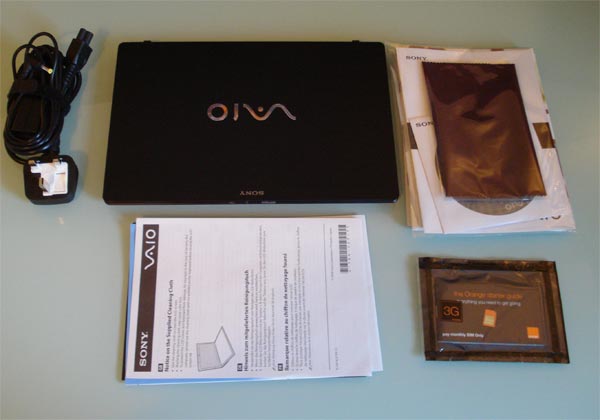 The specifications on the Vaio X series are pretty good, apart from the processor, although the Intel Atom Z540 1.8GHz processor is one of Intel’s faster Atom processors, I would have expected more in this notebook, especially for the price. 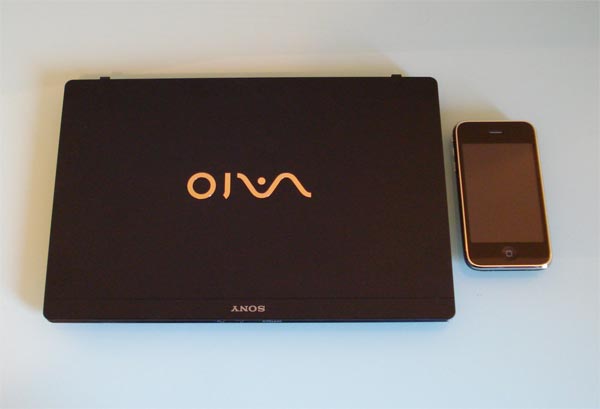 The processor does a good job with the majority of tasks, we did try it out with all of the Windows 7 Aero features on, which did seem to slow it down a bit, but performing every day tasks it did a good job at handling everything. 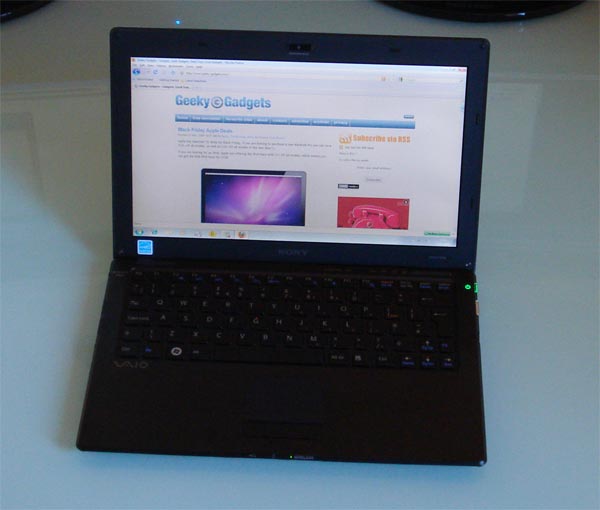 The 11.1 inch WXGA X-black LCD display is great and having a decent resolution on it of 1366 x 768 makes it really pleasant to use, the screen is also pretty bright and easy to see, even when it switches automatically to lower brightness in power saving mode it is still crystal clear. 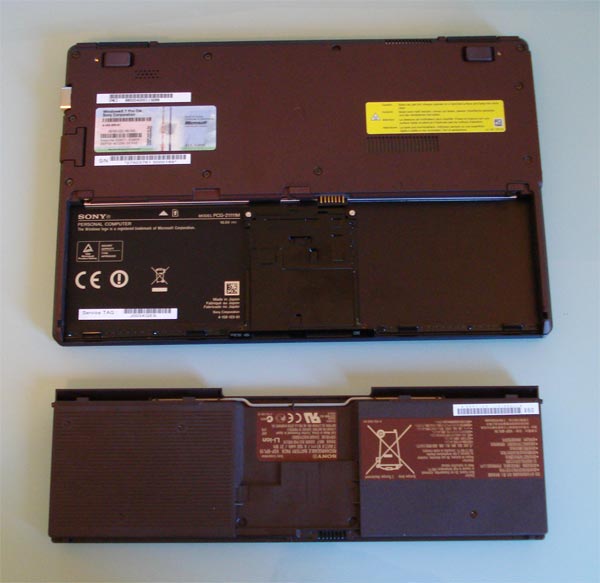 The battery on the Vaio X series is decent, the model we tested had a battery which is supposed to last up to 5 hours, and it comes close, on both tests we got around 4.5 hours of battery life whilst performing a number of different tasks, Sony also offer a higher capacity battery that will give you up to 8 hours of usage. 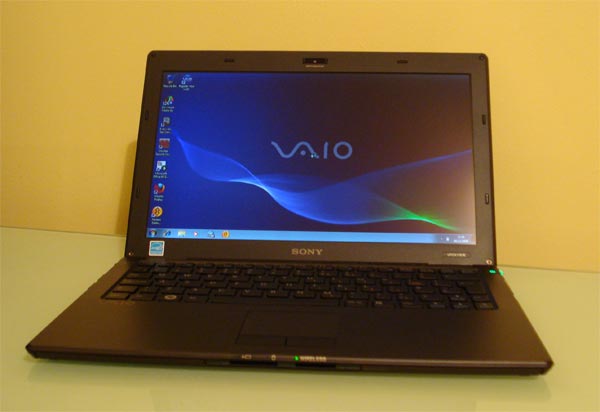 Graphics on the Vaio X Series is provided by Intel’s GMA 500 graphics chip, which is designed to save you power whilst still offering decent graphics, don’t expect to play many graphic hungry games on the X Series, but it does a great job with every day tasks. 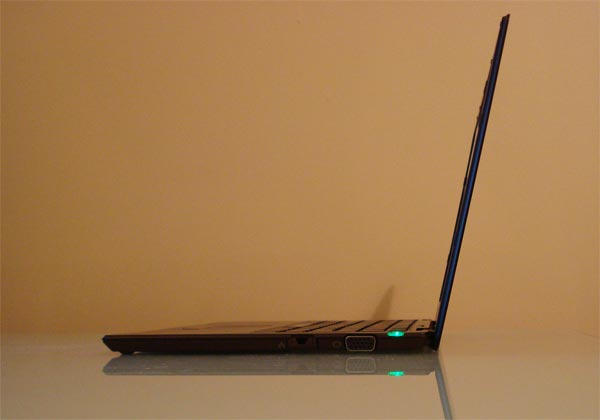 The keyboard isn’t bad, it is just about big enough to use properly, although if it was slightly bigger it would make things a lot easier, mind you the Vaio X-series is incredibly small, so I suppose a larger keyboard would increase the size. The touchpad is also small, and not the easiest to use, but after using it for a while you get used to it. 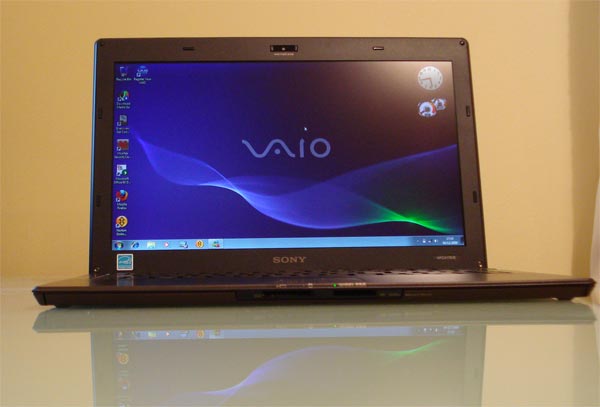 The overall design of the Sony Vaio X-Series is stunning, the chassis is made from carbon fiber, which makes sure it stays nice and light, one one side of the notebook there are two USB 2.0 ports plus a headphone jack and an AC adapter point, the other side features and Ethernet port and an VGA port so it can be hooked up to an external monitor.

Overall the Sony Vaio X-Series is probably the best looking ultra compact notebook available on the market today, it is so light and stylish, I could end up getting used to using it on a daily basis.

There are just two things that let it down the first is the Atom processor, for this sort of money, you definitely want something more powerful.

The second is the price, the Sony Vaio X series starts at £1,299, when compared to the specifications is extremely high, although Sony market it as an ultra portable notebook, it shares a lot of similar specifications with todays netbooks which cost a lot less.

If Sony could make netbooks that looked this good for a similar price to other manufacturers, they would fly off the shelves.

At the end of the day if you are looking for an ultra portable notebook, with a stylish design, and money is no object then it may be worth you checking out the Sony Vaio X-Series, but  I personally feel that it is overpriced for the specifications.

You can find out more about the Sony Vaio-X Series ultra company notebook over at Sony.