Sony has announced two new speaker docks designed specifically for iOS devices today  in the form of the SRS-GX50IP and the portable SRS-GM5IP pictured below.

Even though Sony has only just announced its own Sony Ericsson Txt Pro And Mix Walkman Mobile Phones its still able to see the advantages of supplying a competitor with docks for its devices, supporting the iPhone 3G/3GS/4, the iPod classic/touch, 5th gen iPods, and nanos from generation 2 to 6. 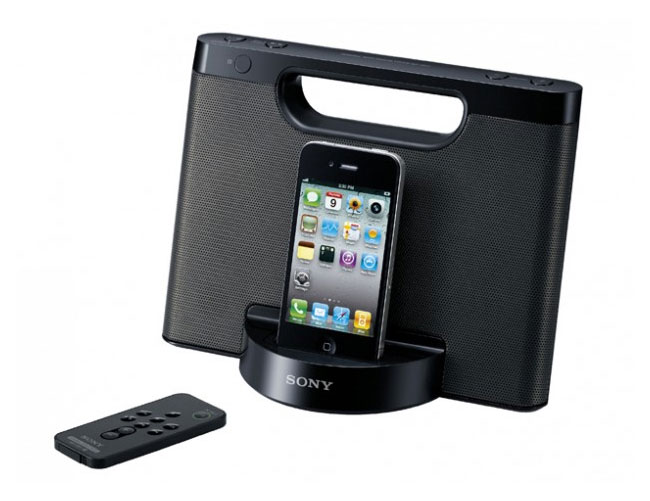 The SRS-GX50IP is equipped with 20w x 2 Channel output and the SRS-GM5IP is fitted with an internal battery letting you use your speaker dock on the go.

The larger SRS-GX50IP dock is already on sale in Japan for around $245 and the SRS-GM5IP will be arriving on June 21st and will retail for around $99.