This week Sony Corp have unveiled a new 13.3 inch flexible colour ePaper which they have showcased at the SID International Symposium, Seminar & Exhibition 2011.

The event is the worlds largest academic conference for display technologies and Sony made the announcement and revealed their new ePaper, that is only 150μm or less in thickness and weighs around 20g. The new ePaper has RGB pixels along with white subpixels and a pixel count of 800 x 1200 with a resolution of 75ppi 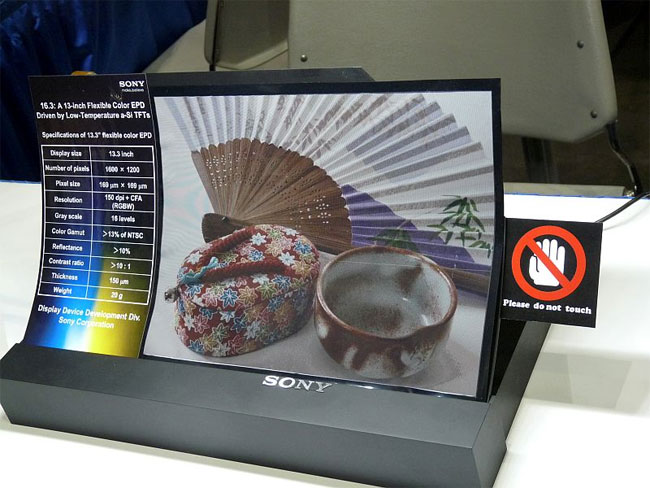 Sony was able to achieve the high color gamut and reflectance by attaching a TFT substrate to E Ink Corp’s front plate with high precision (0.35μm),

Because of the high precision, the company succeeded in reducing the margin between sub-pixels and increasing the aperture ratio of pixels to ensure the high color gamut and reflectance.