Last year Sony launched the Sony QX10 and Sony QX100 camera lenses for smartphones, and now the company will be making these camera accessories available to owners of Sony tablets.

Sony are launching a tablet accessory, which can be seen in the photos below, it is called the SPA-TA1 tablet attachment, and will allow you to an either a QX10 or QX100 to the camera on your Sony tablet. 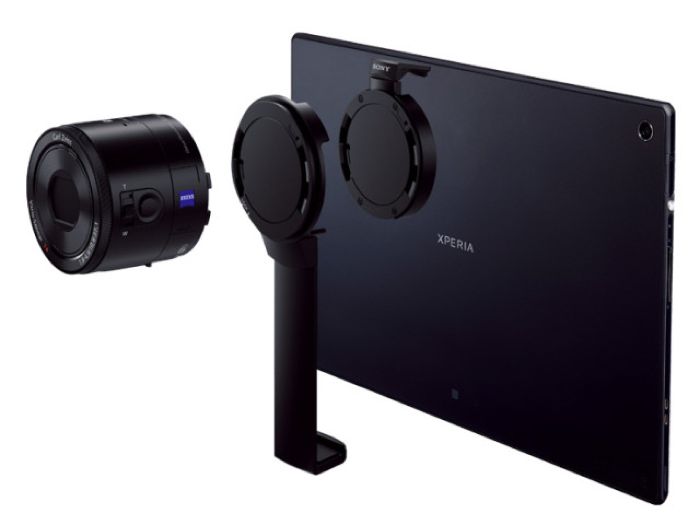 This new accessory for Sony tablets is said to be launching in Japan shortly, it will be available in a range of sizes from 85mm to 190mm, which means it can be used with a range of different sized tablets.

Sony will launch the Sony SPA-TA1 in Japan on the 4th of April, this new tablet accessory will retail for 3,675 Yen which is around $36 at the current exchange rate. 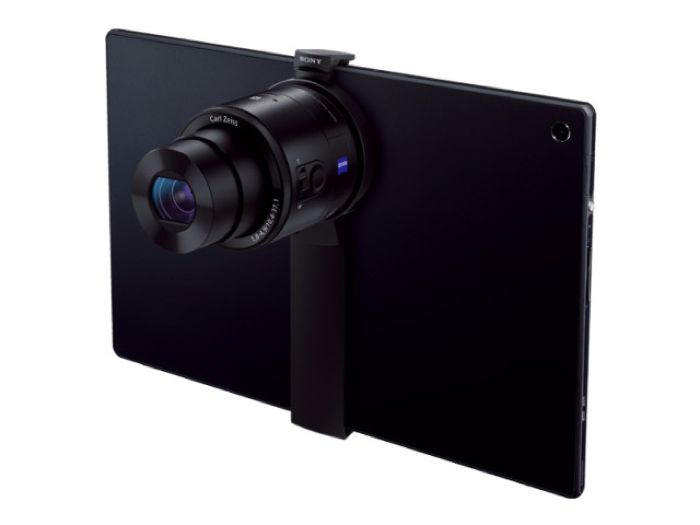 As yet Sony has not revealed any details on when this new tablet camera attachment accessory will be available in the US and Europe, as soon as we get some more information we will let you guys know.