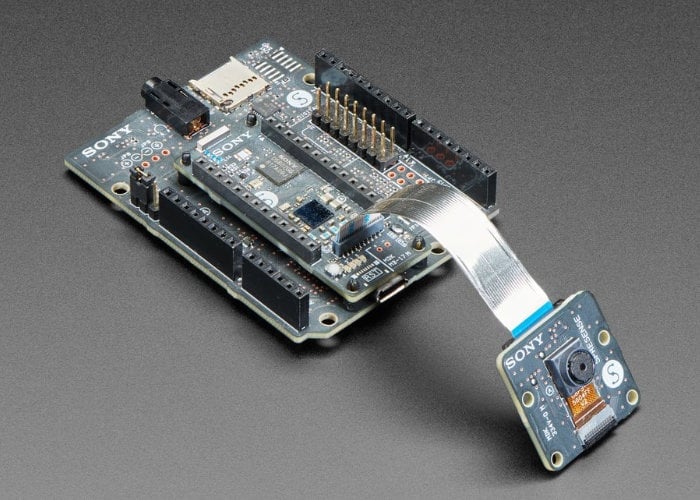 Adafruit has announced the availability of a Sony Spresense mini PC bundle providing the Spresense main board, extension board and camera. All you need to supply is a micro USB cable for programming Sony’s power-efficient multicore microcontroller CXD5602 supported by the Arduino IDE as well as the more advanced NuttX based SDK.

Features of the Sony Spresense include :

For those unfamiliar with the Sony Spresense the small board “is a low-power board computer for the IoT that is equipped with a GPS receiver and supports High-Resolution Audio codecs. The board allows for IoT versatility and can be developed for a vast range of uses, such as a drone utilizing the GPS and high-performance processor, a smart speaker utilizing High-Resolution Audio recording and playback as well as the built-in full-digital amplifier, or a low-power time-lapse camera utilizing the camera interface. Spresense will make the IoT smarter and more efficient.”

– Sony Spresense Main Board – Sony’s CXD5602 microcontroller runs 6 ARM Cortex-M4F cores with a clock speed of up to 156MHz and has an integrated GPS. Thanks to the FD-SOI (Fully Depleted Silicon On Insulator) production process, the CXD5602 chip is very power efficient which enables battery-dependent use cases.
– Sony Spresense Extension Board – allows developers to create IoT applications in a very short time and is supported by the Arduino IDE as well as the more advanced NuttX based SDK
– Sony Spresense 5MP Camera Board – Sony ISX012 has an effective pixel count of 5.11M pixels and an onboard encoder that can acquire pictures in JPEG, RAW, Y/C or RGB format.