Today Sony has unveiled its PlayStation Vita launch lineup and details for its North American launch. The new PS Vita will be available in the US and Europe on 22nd February 2012. The UK price for the Sony PlayStation Vita is £279.99 for the 3G model and £229.99 for the Wi-Fi version, and $299 in the US.

There will be 25 games available on the day of launch for early adopters to get stuck into, and more than 100 games in development, ranging from $9.99-$49.99. 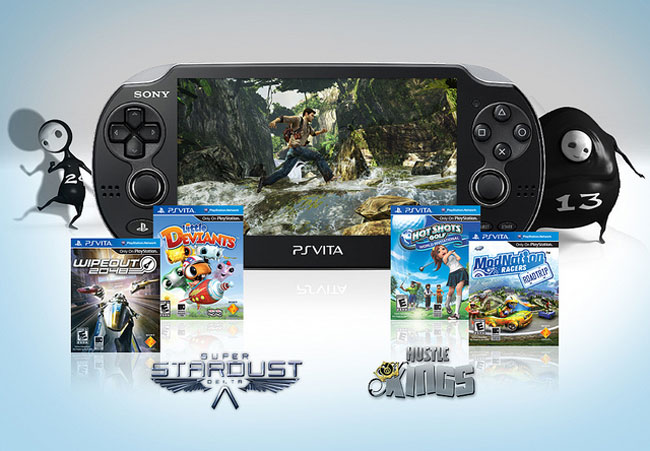 A Starter Kit will also be available for around $39.99 which will include a 4GB Memory Card, Pocket Pouch, Protective Film, Card Case, Headphones, and Cleaning Cloth. There will also be standalone PS Vita memory cards for sale. For more details on all the PS Vita games that will be available on launch and shortly after, jump over to the Playstation Blog.