Images of a new Sony camera have been uncovered that could possibly be a Sony NEX-3 successor. Sony suddenly and surprisingly stopped manufacturing their NEX-3 camera, which featured a 14.2 effective megapixel Exmor APS HD CMOS sensor, and Sony’s E-mount lens system, that was compatible with DSLR lenses, with the use of an optional mount adapter.

The uncovered photos of the NEX-C3 which could well be a successor, if the images are indeed authentic. Is rumoured to be fitted with a 16.2 megapixel image sensor, the same thats used in the Sony Alpha A55 DSLR. The leaked photos were discovered by the Sony Alpha Rumours website. Who also suggest it is also capable of HD video and equipped with an external flash, seen in the leaked picture below. 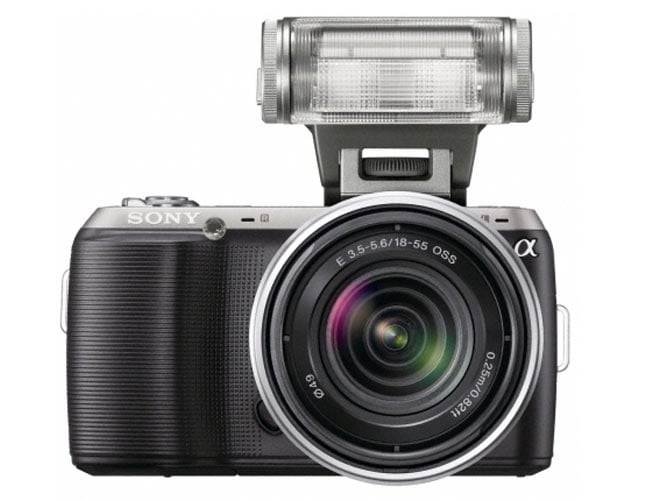 It was thought that the new NEX-C3 would be unveiled on April 4th, together with the new Sony A35, which  has also been delayed, due to the recent natural earthquake-tsunami-nuclear disaster in Japan.

Unfortunately no information on pricing or worldwide availability has been released or leaked as yet, but as soon as it becomes available we will let you know.