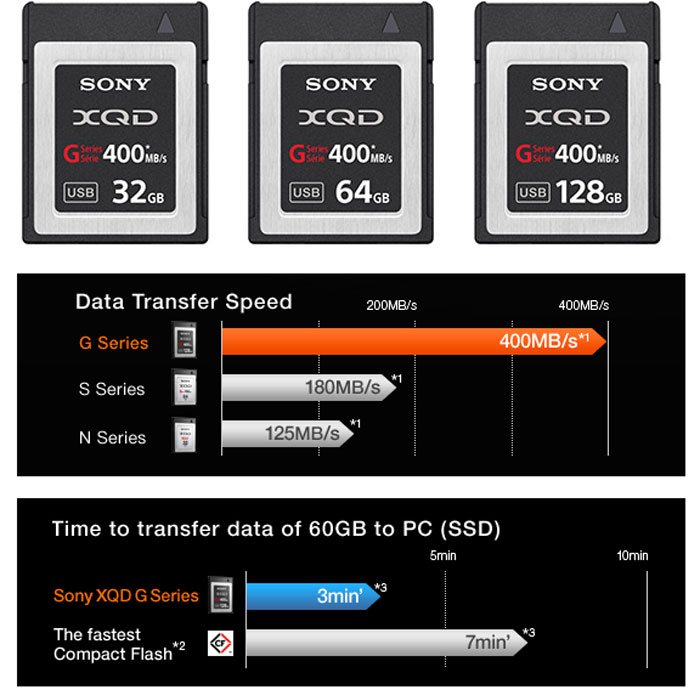 Sony has launched some new memory cards called the G Series XQD version 2 memory cards that are designed for people who are using high-end DSLR cameras that are capable of 4K video recording such as the Nikon D4/D4S. These new memory cards are very fast with up to 400MB/S read and 350MB/s write speeds. Storage capacity for the memory cards is up to 128GB.

The cards support both PCI Express Gen.2 and USB 3.0 interfaces and all capacities ship with a USB 3.0 card reader. The USB 3.0 card reader and fast read and write speed mean that photographers will be able to move large RAW file formats and 4k video to and from the camera much faster than they were able to in the past.

The new memory cards will start shipping on November 3. Pricing for the cards will range from a bit over $163 up to a bit under $800 for the highest capacity card. The largest of the cards, the 128GB capacity will record 40 minutes of 4K XAVC Intra 422 60p video with Sony 4K movie cameras. Sony says that these new memory cards are three times as fast as previous generation N Series cards.