We have already seen a number of photos of the new Sony Honami smartphone, now we have what looks like a press render of the handset which shows three colors for the device.

As you can see from the photo, the Sony Honami will be available in white, black an purple, the handset will be made official at Sony’s IFA press event on the 4th of September. 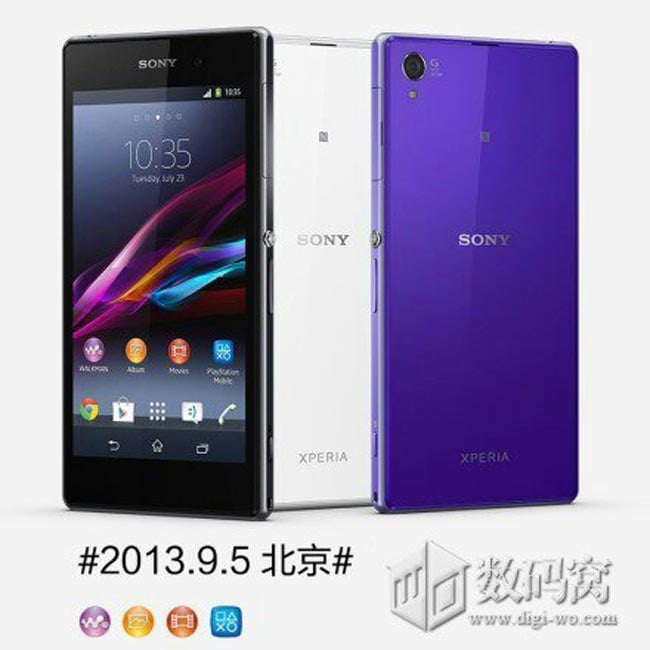 The Sony Honami is rumored to be called the Sony Xperia Z1, it will come with a 5 inch full HD display with a resolution of 1920 x 1080 pixels, processing will be provided by a 2.2GHz Qualcomm Snapdragon 800 processor and will feature 2GB of RAM.

The handset will feature a 20 megapixel Sony Exmor RS camera, this will be the main feature of the handset and it will also come with a 2 megapixel front facing Sony Exmor R camera.

Other specifications on the Sony Honami will include 6GB of built in storage plus a microSD card slot that can take up to 64GB cards, it will also come with Android 4.2.2 Jelly Bean.