There have been quite a few rumors over the past year that Sony would be introducing a gaming smartphone based, now Engadget has received some information that Sony Ericsson is working on a PSP Go like smartphone based on Google’s Android OS.

It seems that the Sony Ericsson gaming smartphone will be based on Android 3.0, and Sony Ericsson are looking to redefine gaming on the Android platform. 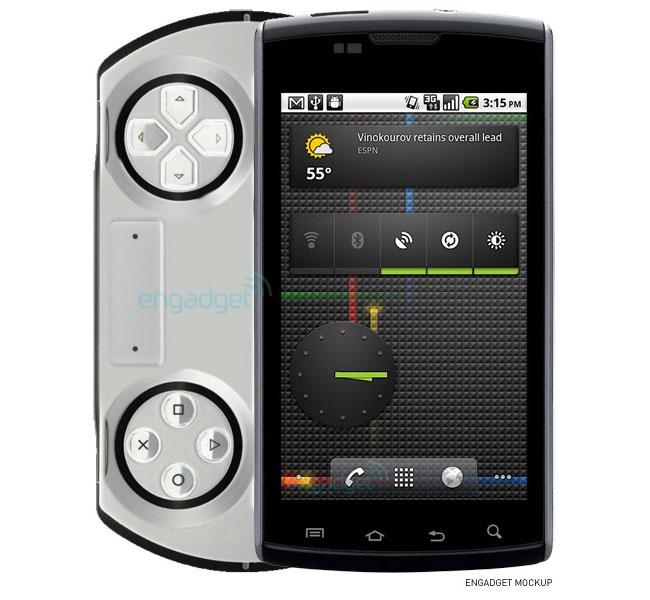 According to Engadget the Sony Ericsson gaming smartphone is a cross between a smartphone like the Samsung Captivate and Sony’s PSP Go console. it will feature landscape slider gaming controls in place of a QWERTY keyboard, as well as a D-pad.

Other rumored specifications include a 3.7 inch to 4 inch touchscreen with a WVGA or higher resolution, and it will probably feature a 1GHz Snapdragon processor.

In terms of software it will run on Android 3.0 and will feature a phone specific skin, and games will be sold through a new area in the Android Market, it looks like the games will be in the range of PSX and PSP games.

It certainly sounds very interesting, and if Sony Ericsson are capable of creating a smartphone which brings quality games to Android it could do very well.

The image above is a mock up of what the Sony Ericsson Gaming smartphone could look like and not one of an actual product. Have a look and our article on Android vs iPhone to see which smartphone and mobile platform is best for you.