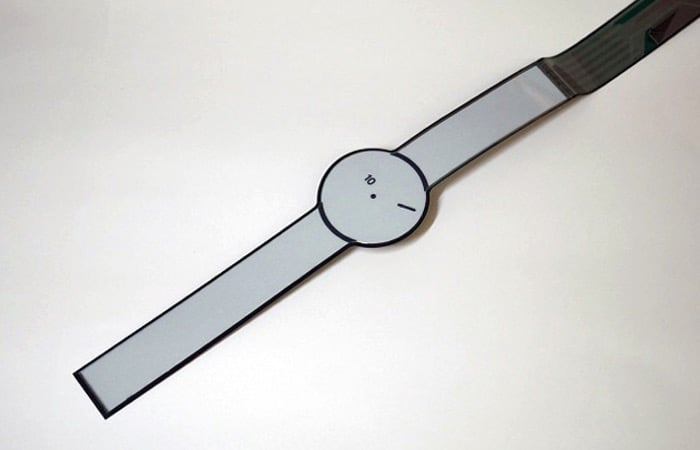 It has been reported today by Bloomberg that Sony is developing a new e-Ink watch that is rumoured to be launching sometime next year and has been designed to offer a different set of features when compared to the smartwatches currently on the market.

The concept Sony e-Ink smartwatch which unfortunately hasn’t yet been unveiled or had images leaked, could look similar in style to that of the FES e-ink watch pictured above.

The FES e-Ink watch is currently seeking crowd funding to make the jump into production and has e-Ink technology on both the strap and watch face.

Sony’s new e-Ink watch is also rumoured to be equipped with and constructed usig a new “patented material” that will offer a variety of different displays and designs for users. With both the watch face and strap made of the same patented material that is still under wraps.

Unnamed sources has disclosed to Bloomberg that Sony has designed the watch to offer style rather than a multitude of features like the Apple Watch. That was unveiled earlier this year by Apple and set to launch early in 2015.

Unfortunately no information on pricing or worldwide availability has been leaked as yet for the new Sony e-Ink smartwatch, but as soon as information comes to light we will keep you updated as always.