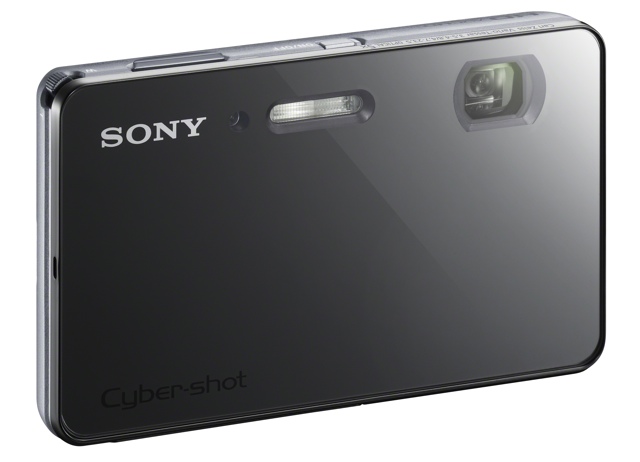 The latest models – DSC-WX50, DSC-WX70 and DSC-TX200V – will be equipped with Exmor R CMOS sensors. Another similarity is that all three will have a 5x zoom on its Carl Zeiss lens.

Of the three new additions, the DSC-TX200V (pictured above) is the flagship product that Sony is banking on. The DSC-TX200V has an 18.2 megapixel sensor, 26mm 5x optical zoom lens and a 3.3-inch Xtra Fine TruBlack OLED touchscreen. The camera will also be able to capture 1080/60p video resolution. It is also waterproof up to 5 meters and dustproof and shockproof (up to 140F).

Sony’s top of the line will cost around $500 and for those on a budget, they can take a second look at the DSC-WX50 and DSC-WX70, which will cost around $200 and $230, respectively. Both budget cameras have a 16.2MP shooter
and has “Extra High Sensitivity” technology which, according to Sony, enhances low-light shooting capabilities.