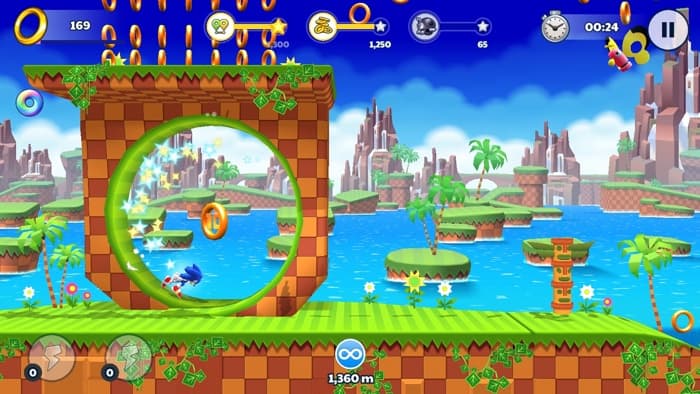 Gameloft have announced the release of Sonic Runners Adventure on the iPhone, the game was previously available on Google’s Android platform.

Catch racing fever and relive the Sonic legend! Lead the iconic blue hedgehog through impressive loops and dizzying dives on a frantic, obstacle-strewn course. Earn new characters, including Sonic’s famous sidekicks Tails, Knuckles and Shadow the Hedgehog, and overcome a stream of obstacles and foes, including the dreadful Doctor Eggman!

Gameloft’s teams worked closely with SEGA to capture everything at the core of the celebrated Sonic saga. Basic game design and music from the original Sonic Runners game developed by Sonic Team have been adopted into this brand new title.

You can find out more information about the new Sonic Runners Adventure game at the link below.