Capable of supporting PowerPoint, Excel, Word and PDF files, together with video file formats such as MPEG, AVI, MP4, WMV, and VOB alongside MP3, WMA, OGG, APE and FLAC for audio. 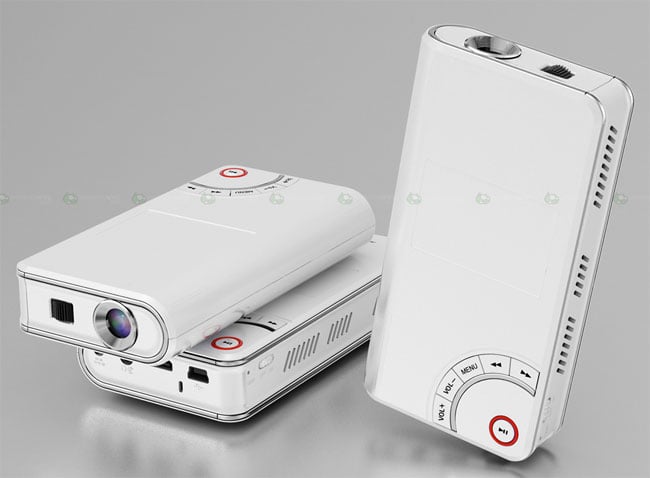 The small projector has a 640 x 480 resolution that is a little disappointing compared to its competition and would have been far better suited to a XGA.

The Solidmicro SD-HK800 Pico Projector runs on he Windows CE 5.0 platform and has an internal 2GB of internal storage and a microSD slot for extra is required.