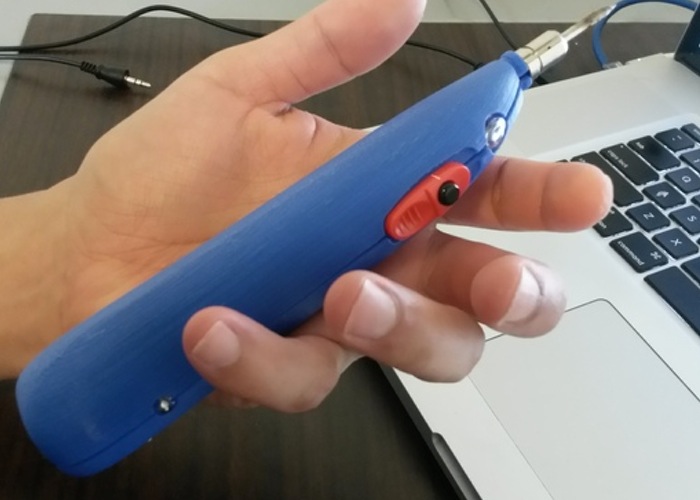 Hobbyists, makers and developers looking for a convenient rechargeable soldering iron, may be interested in a new device created by Isaac Porras called the Solderdoodle.

The Solderdoodle is equipped with a 3350mAh/3.6V Type: 18650 Lithium-Ion battery that is capable of providing over an hour of soldering time.

The output of the device is 450 to 1300mA or 5 to 6 Volts and when flat the rechargeable soldering iron can be fully recharged using a 5V USB connection is around 3 hours. Its creator explains a little more :

“Solderdoodle is a portable, cordless, USB rechargeable soldering iron. It is based off my original Open Source project the Solar Powered Soldering Station. Solderdoodle does what other portable soldering irons have failed to do, and that’s the ability to last hours and charge the soldering iron from a USB port. You can literally go anywhere and still have a way to charge your Solderdoodle if there is a laptop, USB battery, wall adapter, or even a USB solar charger nearby! 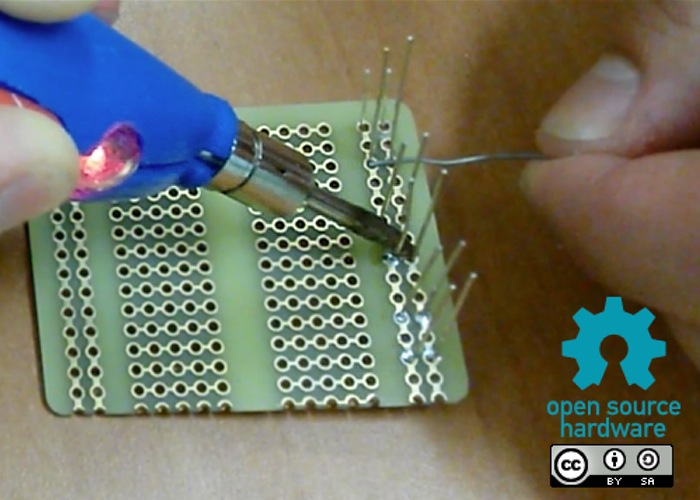 Solderdoodle uses a high-efficiency, high-power charge controller from Maxim and uses the same battery that’s used in the Tesla electric car, which is the best battery of its kind. The soldering iron tip is replaceable using off-the-shelf components.

After learning how to use 3D printers, one of my friends asked if there was such a thing as a USB soldering iron and I said that I had instructions to build one, but the battery was external. I then realized that I could create my own case design on a 3D printer and put the battery, charge controller, and other parts inside as one single unit! It worked!”

The Solderdoodle project is currently over on the Kickstarter crowd funding website looking to raise $39,000 in pledges to make the jump from concept to production. So if you think rechargeable soldering iron is something you could benefit from, visit the Kickstarter website now to make a pledge and help Solderdoodle become a reality.