Olivier Demangel a 3D artist from Paris has created a very futuristic skeletal solar powered watch called the Solaris. His inspiration from the solar watch concept came when he purchased a new Logitech keyboard fitted with solar cells.

The time on the Solaris is displayed by LEDs, with the hours on the edge of the design in blue,together with five minute groups in purple with four single minutes being shown in the centre cross bars.

Watch the video after the jump to see it from a few different angles and get a feel for its unique lines. 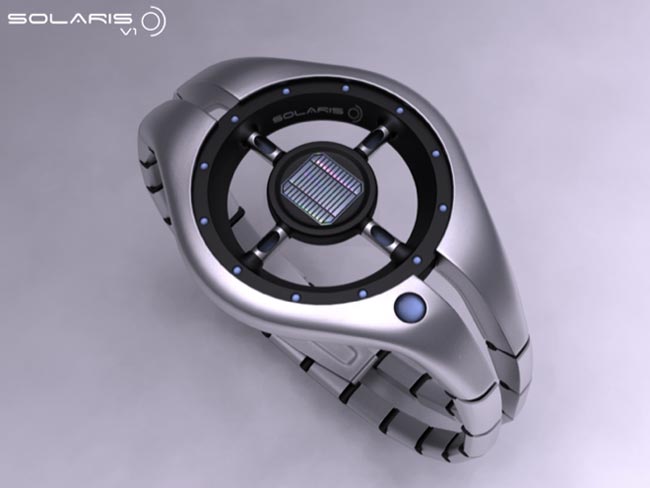 Demangel has submitted his Solaris watch concept to the TokyoFlash Product Design Studio so you never know it might actually get manufactured some time in the future. So if you like the design jump over and give it your vote, I would definitely give it a go if it ever made it to production.