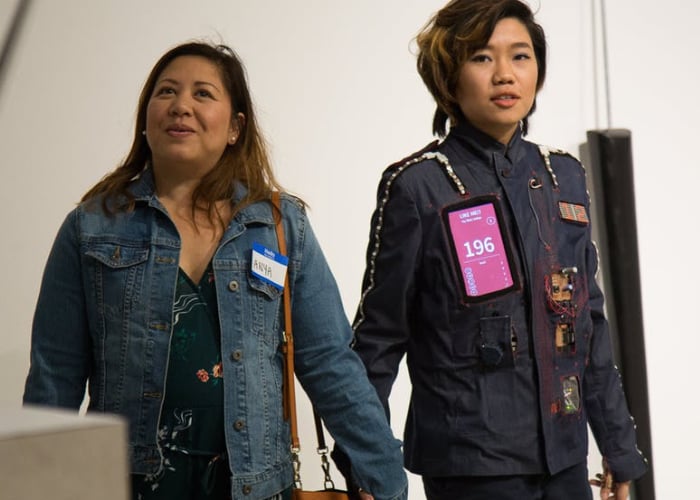 Ever wondered what social media might look like without an Internet connection? Hackster.io member Tuangt has created a fantastic wearable that allows people to interact with each other using ‘social media features’ in real life. Check out the videos below to learn more about the showcase project which uses a Raspberry Pi 3 and Arduino hardware to create a variety of different ways to interact with other humans in real life.

“It is all started from the curiosity of what makes humans perceive information online the way we do nowadays. Whether the small information to big data online, such as an online dating profile, emoji code interpretation, and the complicated info graphic for enterprise, humans have ways of interpretation and understand these things based on various factors like, cultural backgrounds, native languages, and education.”

“Thus, the research called, “Digital Sense, ” is begun to examine how humans in the modern days have developed a new senes –the “digital sense”– to interact with all these digital contents. The process of research included an art practice to produce an art innovation. In this research, there are two innovations namely, Social Media without the Internet, which examine the sense of touch, and Signal Moods, which explore the sense of hearing. Social Media without the Internet has been out to the public at UCLA, New Wright Gallery, and Little Tokyo in Los Angeles.”

For more information on the social media experiment without an Internet connection, jump over to the official Hackster.io project page by following the link below.