We have seen quite a few different green gadgets, and devices that generate power here at Geeky Gadgets, now we have the energy generating soccer ball called sOccket.

The sOccket is a soccer ball with a battery and a generator inside, when the soccer ball is kicked around energy is generated and stored in the onboard battery, the power can later be used to power a range of devices. 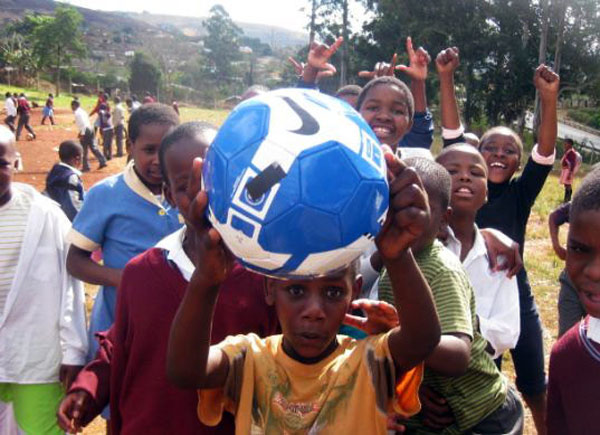 By kicking the sOccket around for just fifteen minutes it will generate enough energy to power a small LED lamp for three hours, and it is designed to be used in places where there are no power supplies.

It certainly seems like a very inventive idea, and a great way to harness energy from one of the worlds most popular sports. The sOccket is still in the prototype stage at the moment, and it was tested in a youth program pilot in several areas of Durban in South Africa.

You can find out more details about the sOccket over at their website.