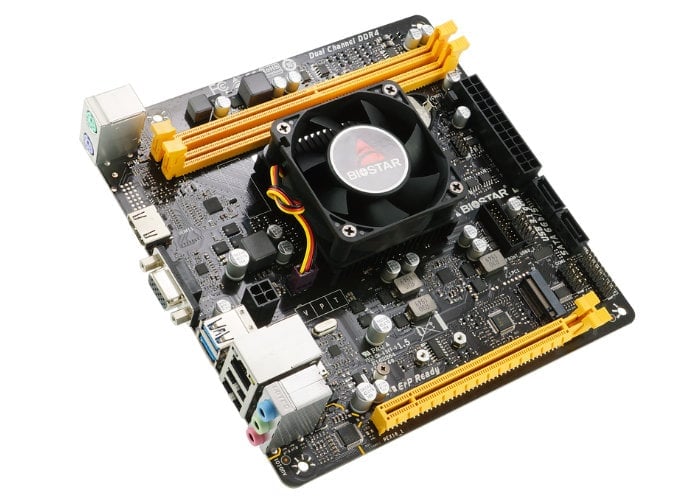 BIOSTAR has introduced its new motherboard complete with integrated Bristol Ridge processor AMD Radeon R7 graphics, providing an all in one solution for small compact PC. The BIOSTAR A10N-9830E SoC motherboard comes with an in-built Quad Core AMD FX-9830P processor that can be supported by up to 32 GB of 32GB of 2400 MHz DDR4 Memory on dual channels. ” higher DIMM capacities and improved data integrity that runs on lower power consumption, PCIe M.2 16Gb/s which is the latest storage interface, delivering the highest bandwidth with lower latency and it is about 3 times faster compared to SATA III 6Gb/s.” 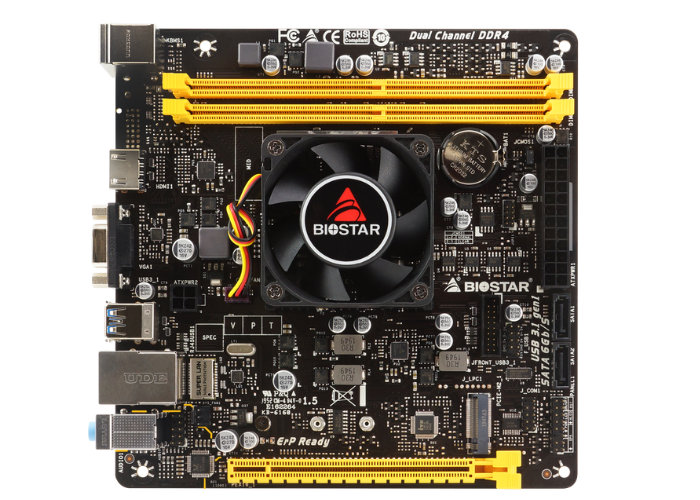 Features of the BIOSTAR A10N-9830E SoC motherboard include :

“Additionally, the A10N-9830E SoC motherboard also comes equipped with USB 3.2 Gen1 which delivers compelling performance boosts and can be used to connect multiple devices without worrying about compatibility. It is capable of data transfer speeds up to 5Gbps and backward compatible with all existing USB products, Super LAN Surge Protection, providing LAN with more advanced antistatic protection capabilities by adding an integrated chip to strengthen electrical stability and prevent damage from lightning strikes and electrical surges, SATA III 6Gbps that provides incredible data boost which is 2x faster than the SATA 3G, and has higher bandwidth to retrieve and transfer HD media and HDMI output port which supports the new 4K2K resolution enables high-definition image display with four times the resolution of full HD, 4K2K display expresses bright and highly detailed content that fills the entire screen with lifelike images for users to enjoy casual content consumption from high quality streaming sources like YouTube or Netflix through the HDMI connector.”