It’s like a mobile home for dwarfs. Meant to be pulled by scooter, the QTVan’s inside is a cramped bed space that has just enough spare room for an LCD TV and perhaps a game console or two. We think the QTVan’s target market are homeless people, kids on the run, and outlaw bikers who don’t want to endure the rigors of the highway. 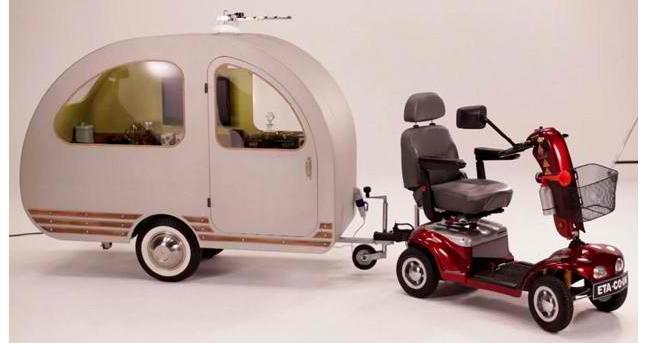 Even if it risks becoming an object of derision, the QTVan might prove incredibly useful in several long range enterprises. Off the top of our heads indie musicians will definitely love this for affordability and usefulness. Most unsigned bands who barely have enough money to record an album either commute from gig to gig or drive a minivan. If either way is not an option, the QTVan probably is. It can’t fit a drum set and the rest of the band will be hard pressed for space. But hey, people can sleep inside, right?