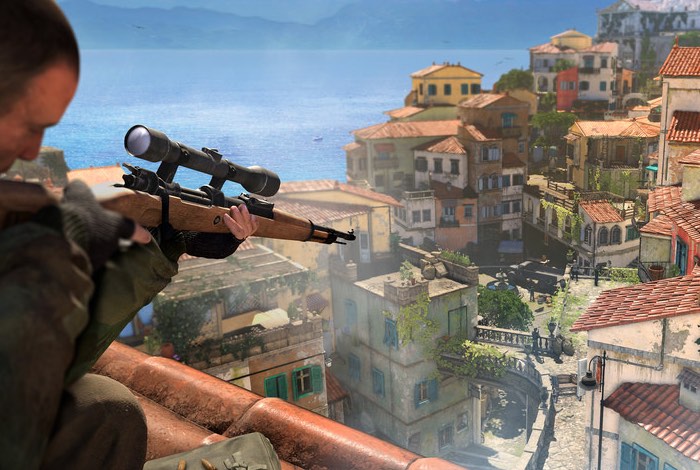 Jason Kingsley Creative Director and Co-founder at Rebellion has taken to the official PlayStation blog this week to reveal that Sniper Elite 4 is coming to PS4 this year, and publish an official teaser trailer to whet your appetite ahead of the game’s launch.

The third person stealth action game will be the first in the series to be developed from the ground up for the next-generation PlayStation 4 console and provides a storyline that is based in World War II.

Check out the trailer below to learn more about the new Sniper Elite 4 and some of the features you can expect to enjoy.

Sniper Elite 4 is set in Italy in the direct aftermath of the North African conflict seen in Sniper Elite 3, and Fascism’s grip on the Mediterranean is slipping. Enter covert agent and series stalwart Karl Fairburne, dropped onto the Italian peninsula in advance of the Allied invasion. What starts out as an assassination mission quickly turns into a race to uncover a conspiracy that could end Allied hopes of retaking the continent for good…

The opening scenes of the trailer show a town caught in the midst of war, civilian belongings strewn across a usually sleepy market square. We really wanted to mix picture-postcard imagery with the creeping dread of something more sinister because this is what makes the Italian conflict so interesting. There were lots of factions fighting for the future of the country, and these play an important part in both the narrative and the gameplay!

For more information and full details of the PlayStation 4 Sniper Elite 4 game jump over to the official PlayStation blog via the link below.